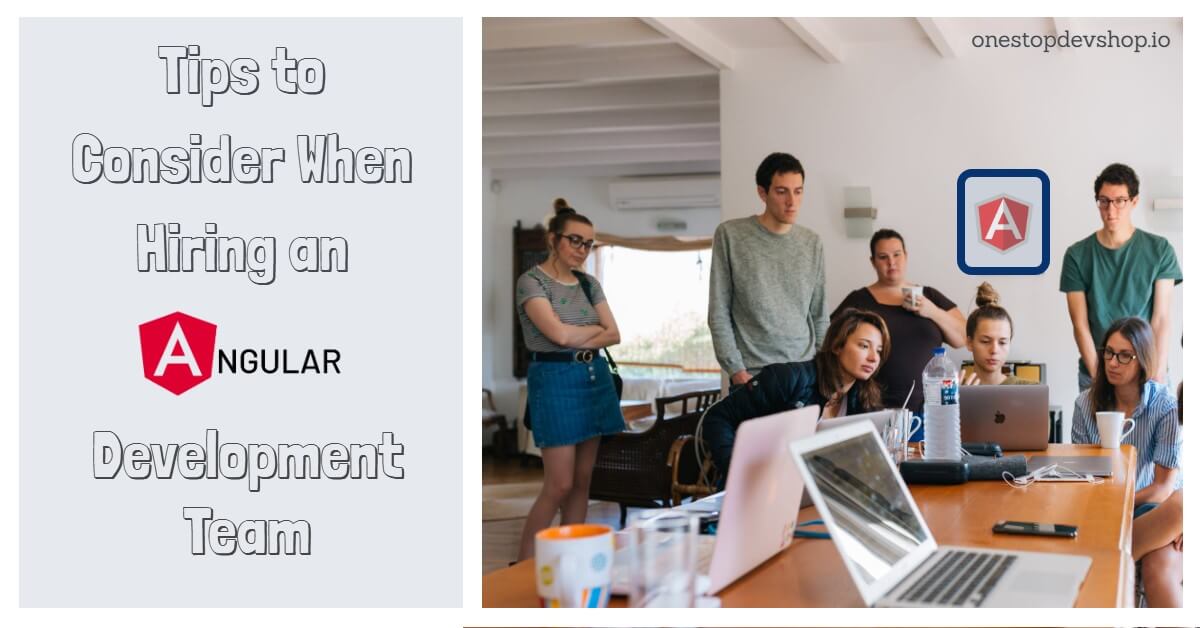 Tips to Consider When you Hire an Angular Development Team

0
SHARES
ShareTweet
When you need to hire an Angular development team, there are several factors that you need to consider. Aside from the team’s technical skills, such as Angular JS and JavaScript, which are crucial, soft skills are also essential to hire the best team.

Angular was developed by Google in 2010 and still maintains it. Angular is an open-source TypeScript framework that is useful in building web, mobile, and e-commerce apps. An app developer can use programming languages such as JavaScript, Dart, and TypeScript, which comes highly recommended for its excellent community support, documentation, and constant updates.

Since Angular is client and browser-based, it does not need communication to a server to implement HTML reloads. Still, it offers a much more reliable and faster website rendering. In 2016, Angular 2 was released, and the framework was known as just Angular, minus the JS.

Difference Between Angular JS and Angular

Angular is a general term for all the later versions of the framework, from 2 onwards. When the Angular framework was re-written, some of the differences with the newer versions were:

The re-write of AngularJS saw the framework’s functionality split into various segments, which allowed its core to be lighter yet faster. Angular is more suited for mobile issues, making it easier for a developer to create a desktop app.

You already know the type of software you need to build and what you require for it. You need to consider when hiring AngularJS and Angular developers and know what role they will play in your project.

Angular developers handle the front-end of high quality and performance web apps and collaborate with back-end developers to ensure they fulfill all the necessary SPA (Single Page Applications) technicalities.

The members of an Angular development team need to have the following qualities:

The Angular developers you pick for your team should have an in-depth knowledge of the JavaScript framework, HTML, CSS, data binding, component communication, etc. The developers need to be knowledgeable in User Experience (UX) concepts. Interaction and element positioning

Good command of the TypeScript programming language is a pre-requisite for the Angular developer team members. Angular is written in TypeScript, a superset of JavaScript is prone to strong underwriting typing and has few bugs. 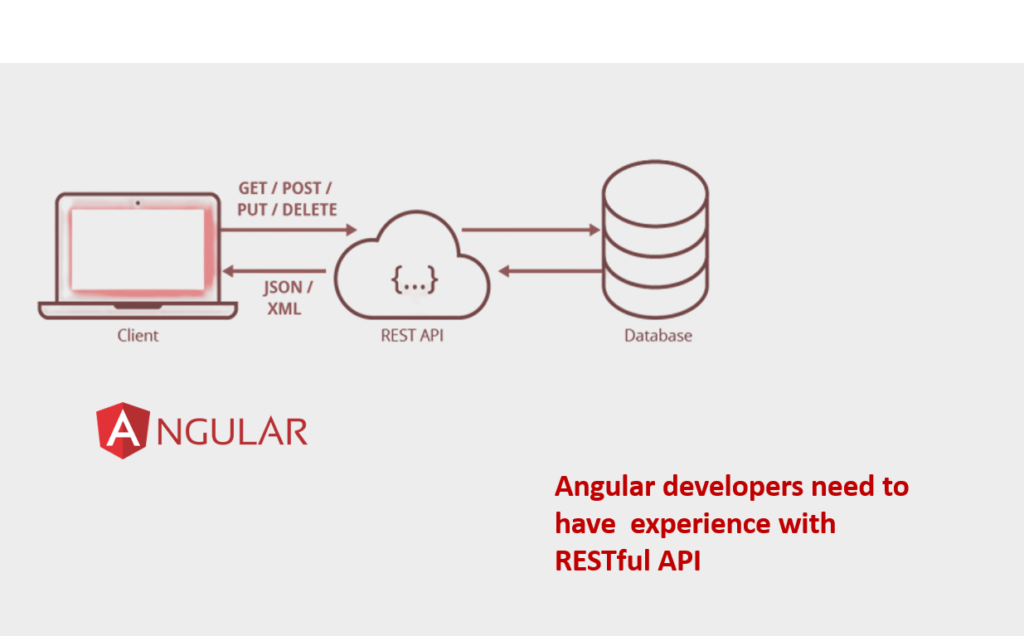 Your candidate had to be skilled in web markup, whose primary focus is HTML and CSS. The best developers who have web-markup knowledge have ab excellent understanding of element positioning, UX concepts, and interaction.

The candidates also need to have had prior experience with RESTful API, which comprises PUT, GET, POST, and DELETE data. The developer must be familiar with the efficient reading and application of API documentation.

Some of the soft skills the Angular developer should have include:

The ideal candidate must be very attentive to detail and pick up on small errors, which means their coding abilities are outstanding.

The potential hire must have excellent skills in communication. The potential developer needs to have intuition skills that allow him/her to know what people need in an app and also be able to communicate with fellow teammates.

The process of Hiring a Developer for Your Angular Development Team 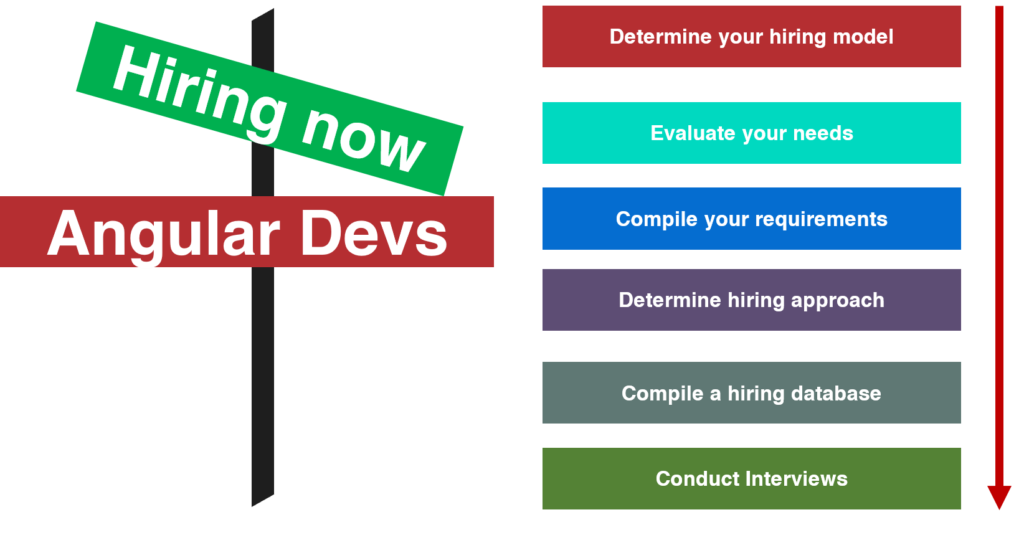 When hiring a developer for your team, here are some factors to consider:

Before hiring, prepare a project description detailing all the requirements, which gives you a better idea of what kind of expertise you need for your software project. This way, you also give the potential candidates a checklist of the type of talent you need and if they have the needed skills.

2. Decide on Your Hiring Model

You can choose different approaches, depending on the project length, budget, and team size. You need to indicate whether you are hiring full or half time, outsourcing or insourcing to a development company, using a vendor, or hiring independently.

Choose the hiring model after doing a product requirement evaluation and the estimated time needed for development. After this, compile a list of candidate competencies needed and shortlist the ones who pass.

After deciding on the hiring approach, the next step will be interviewing the candidates who passed the recruitment stage. Conduct a one-on-one interview, either face to face or online. Facetime helps you to verify the stated expertise in resumes, as well as their soft skills.

After several interviews, practical testing, and choosing your potential candidate, it is time to go to the last step. Administrative tasks are necessary at this point, such as signing NDAs (Non-Disclosure Agreements) and contracts, inducting the new members into the company, and other necessary steps.

Hiring an Angular development team is a process, which, when done well, has multiple benefits. Following the process ensures you get the best candidates, with both excellent technical and soft skills. It also saves you a lot of effort, time, and resource-wasting by only picking the relevant candidates for your project.