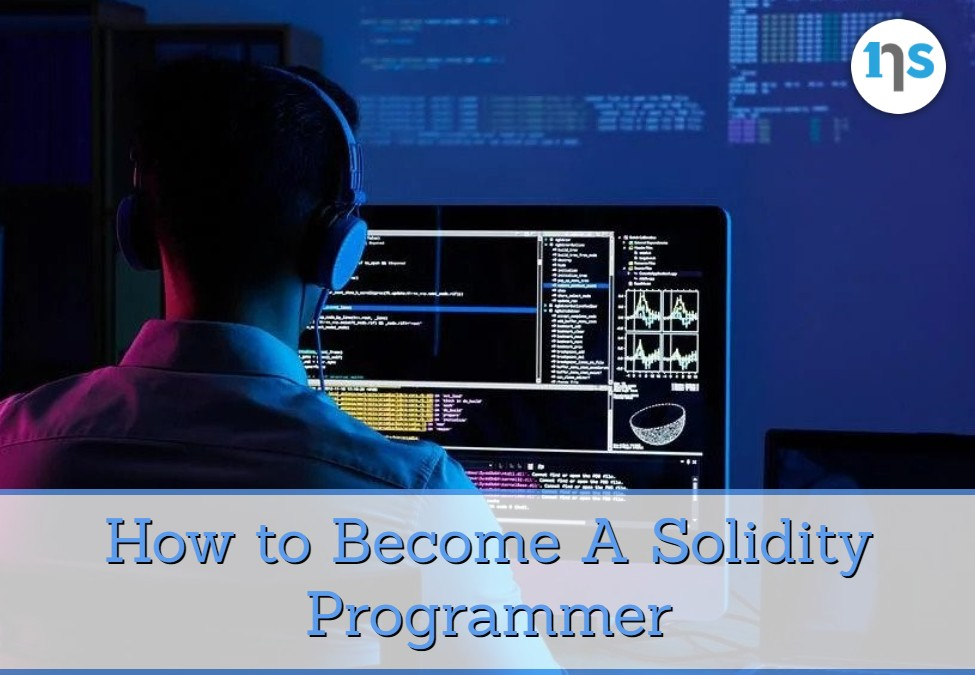 How to Become A Solidity Programmer

Solidity programmers are in high demand thanks to the rise of blockchain technology and the need for sophisticated decentralized applications. A quick search for Ethereum dev jobs online yields high-paying vacancies across the US and worldwide. This guide provides a clear career path you can follow to become a Solidity programmer.

What Is Solidity Programming?

Solidity programming involves using the popular solidity programming language to create blockchain-based decentralized applications- dApps s- on the open-source Ethereum network. Programmers who use Solidity understand how the Ethereum blockchain works inside out and can use it to develop all kinds of solutions or digital assets.

A Word About Solidity

Solidity was created by an in-house team at Ethereum and has grown to become a sophisticated language for the blockchain. It is a statically-typed, high-level object-oriented programming language with all the bells and whistles of a modern programming language. Solidity supports libraries, nesting, complex data types, inheritance, and so much more. Solidity is compiled and runs on top of the EVM.

Contrary to popular belief, programming for the blockchain does not exclusively involve creating cryptocurrency. Using languages like Solidity, programmers can create applications that implement smart contracts for any problem or use case. You can create decentralized apps or full-fledged smart contract solutions with Solidity if they are made for the Ethereum EVM (Ethereum virtual machine).

Examples of Ethereum applications you can create with Solidity

NFT dApps– A language like Solidity is perfect for creating decentralized applications for NFTs. You can create anything from a barebones NFT to complex NFT management DApps s, NFT marketplace for Ethereum to NFT minting apps. Thousands of NFT dApps running on the Ethereum platform have been created using Solidity over the years.

Transaction tracking dApps– Ethereum is the second most popular and stable blockchain platform used by all kinds of developers to create decentralized solutions. Developers create or maintain complex smart contract transaction tracking applications. For instance, some online crowdfunding platforms use Ethereum -based apps to track and manage complex transactions.

Cryptocurrency wallets– Solidity is the language of choice for companies that want to develop multi-sig crypto wallets for the Ethereum blockchain.

Online shops– You can use Solidity as an ordinary language to create backend smart contract management systems for e-commerce stores. Self-executing smart contract systems are a step ahead of flat ledger-based systems because they are more secure, automated and easy to track. They are seen as the future of online commerce.

Virtual games– Solidity can be used to create all kinds of virtual games based on Ethereum blockchain technology.

Solidity programmers are at the edge of innovation as far as blockchain technology is concerned. You will be involved in exciting projects that challenge your problem-solving skills and creativity wherever you work.

What Does A Solidity Programmer Do?

As a full-time solidity programmer, you may be asked to plan, design and implement decentralized applications and smart contract development using the Solidity programming language. You may also be tasked with managing and maintaining existing solidity applications. The Ethereum EVM is regularly updated, so you may also need to be continually involved with updates and feature improvements.

Most organizations will have one or more dedicated Solidity programmers who work with other developers and team members such as software architects, quality assurance experts, UX designers etc. However, some Solidity developers also take up other roles based on their skill level. For instance, it’s not uncommon to find Solidity developers who are also involved in UX development using JavaScript.

What Is the Lowest Level of a Solidity Developer?

In most development teams, you can get in as a junior developer working under one or two senior software engineers and other team members. You will probably stay in this position for a year or two, depending on your skill level as a developer, as you learn how to develop real-world applications using Solidity.

Note: Even junior or entry-level Solidity devs tend to earn a good salary since it’s a very competitive position and the bar to entry is a bit high. In most cases, you will have some experience developing with other object-oriented languages such as Java before pivoting to blockchain development. However, it is still possible to jump straight into Solidity development as a fresh graduate.

What Is the Minimum Salary for A “Solidity Developer”?

How to Become A Solidity Programmer or Developer? 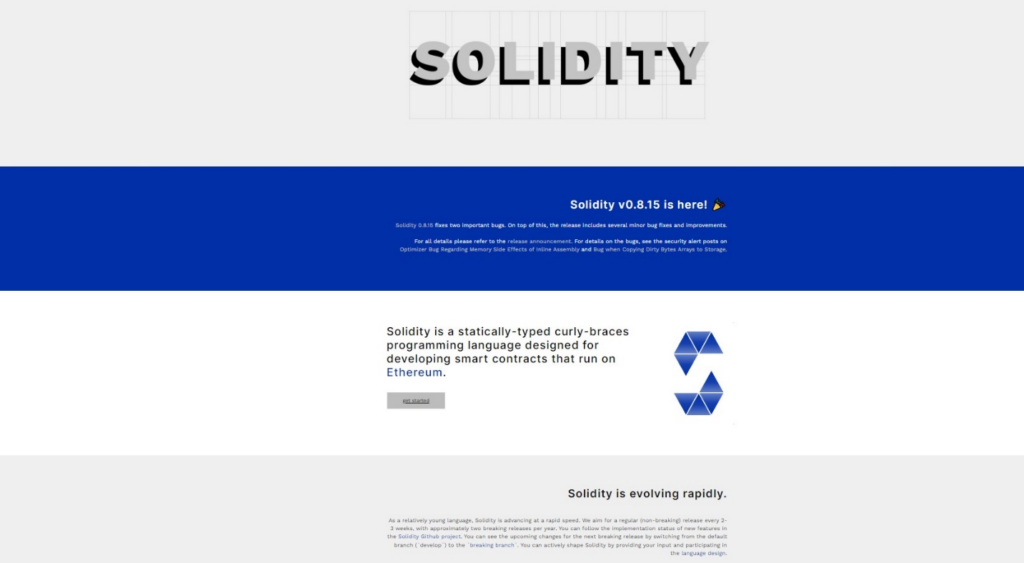 You can take several paths to become a Solidity programmer or developer. Here are some of them:

The easiest path to becoming a solidity dev is the self-taught route. There are tons of online courses you can take if you want to learn how the language works. Being an open-source platform, Ethereum has a large community of developers who actively contribute learning material. Experienced developers familiar with blockchain and object-oriented programming can learn Solidity by reading the documentation.

While it is possible to learn how to write simple applications on your own, the recommended route is to learn to program at college or university and specialize in blockchain development later. It is advisable to have a computer science or software engineering degree that teaches you the core concepts of software development and later choose which path to take. An academic qualification also puts you ahead of self-taught programmers and gives you career flexibility.

If you already work as a backend software developer, you can pivot to Solidity development by taking a junior role and learning from experienced developers in your team. Most companies are happy to hire talented software developers and train them on the job. However, you may need to take a pay cut as you learn and go through the training.

4. Become A Solidity Developer Through Certification

You can also become a Solidity by taking a recognized Solidity developer certification. You can pursue different types of certifications based on your education level, experience and professional goals. Here are some examples:

Most of these certifications are usually short and straight to the point. They are designed for people who have an active interest in blockchain development and have some experience developing complex applications using other object-oriented programming languages. A certification on your CV also boosts your chance of landing a job in a top company.

Can I Start with Solidity as My First Programming Language for Blockchain Development?

The short answer is a big yes. Many developers who want to venture into blockchain development use Solidity or any special-purpose programming languages for other platforms. By numbers, Solidity is the most popular and easiest to learn. You are also more likely to find a Solidity developer job due to its industry popularity.

Is There Any Future in Solidity as A Programming Language?

Solidity will continue to exist as long as the Ethereum blockchain is used. People often confuse the Ethereum virtual currency with the platform, but they are two different things. So many companies rely on the Ethereum blockchain, specifically the EVM, to support their smart contract implementations. As the world moves to web 3.0 and smart transaction management systems, there is a demand for stable blockchain networks like Ethereum, so there is a future for Solidity.

What Are the Basic Hardware Requirements of Solidity Programming?

You don’t need specific hardware to program using Solidity. Some developers even use low-spec mobile devices to develop and test Solidity smart contracts on the cloud using the Remix IDE. However, you can improve your development experience by using a modern computer with enough SSD space and at least 8GB of RAM to support browser workloads.

What Is the Best in Building Blockchain Apps, Solidity or Python?

For blockchain development, the platform or network you are developing dictates the language you use. Solidity is the best for building blockchain apps for the Ethereum blockchain. You may need to use other languages and tools for other blockchain networks. For instance, developers targeting Cardone need to use Marlowe, the domain-specific language for the network. Hire a .NET developer today and start developing your business applications.