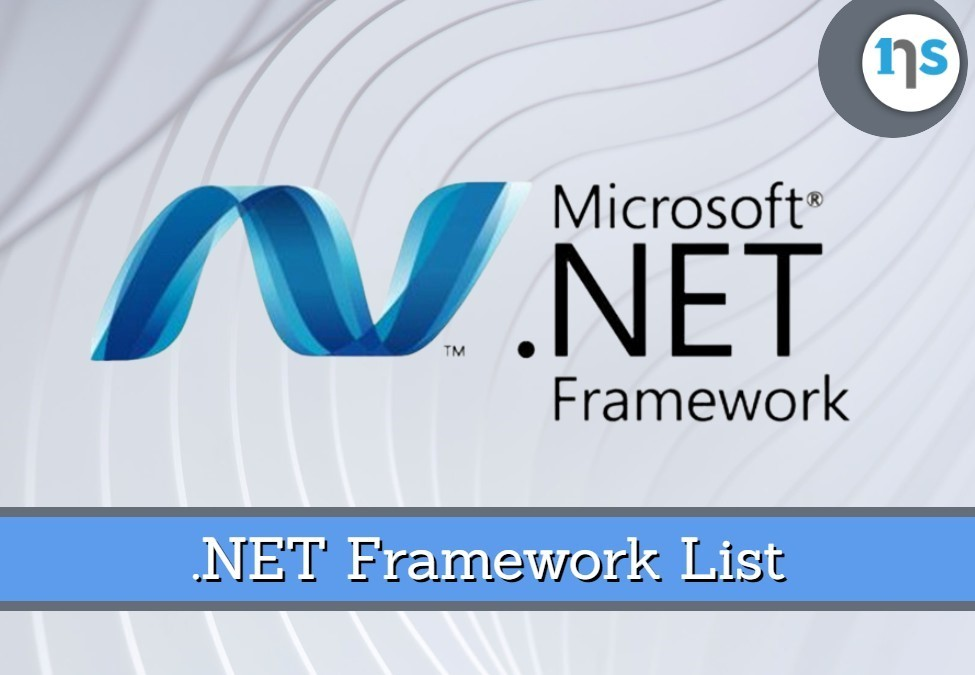 This review will cover one of the most renowned web app development frameworks, .NET. Based on the most recent trends in the market, tech advancements and client expectations, the .NET framework list is updated every now and then.

Updates make it easy for developers and/or programmers to design scalable mobile and web apps that perform excellently. When .NET is combined with app monitoring, clients get web apps that are revolutionary with regard to ingenuity and performance. 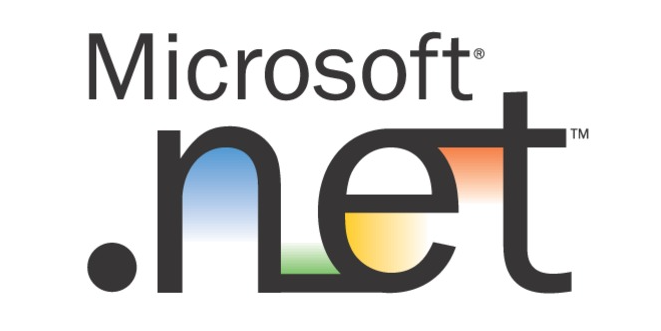 The .NET framework is a brainchild of tech behemoth, Microsoft. The tech company began the development process for this framework in the 90s under a program known as the NGWS (Next Generation Windows Services)

Microsoft released the first iteration of the .NET entity framework in 2002. Since then, each release of the framework has been better than the previous one with regard to functionality. That said, let’s look at the various .NET framework versions since its onset.

.NET 1.0 is the first iteration of Microsoft’s .NET framework. It comprises everything needed to operate .NET Framework apps such as ASP.NET MVC, framework Class Library and CLR.

Following the success of .NET 1.1, Microsoft embarked on releasing a condensed version number of the framework known as .NET 3.0. The main objective of this release was to improve the productivity of developers using .NET frameworks.

.NET 3.0 incorporated cutting-edge GUI (graphical user interface) capabilities that provided a user-friendly way of interacting with users. .NET Framework 3.0 is a managed programming model because it has new sets of managed code APIs (Application Programming Interfaces), which are a vital part of Windows operating systems such as Server 2008 and Vista.

The four main components of .Net Framework 3.0 are:

This component, formerly known as InfoCard, helps users to manage their personal information. This component’s client software aims to help users with website authentication or web service by giving them a virtual identity in an easy, trustworthy and safe manner.

This component, formerly known as indigo, aims to develop service-oriented apps, the scattered apps that run between clients and servers.

This component provides an API (application programming interface), an in-process workflow engine and a re-hostable designer to execute processes within .NET applications. 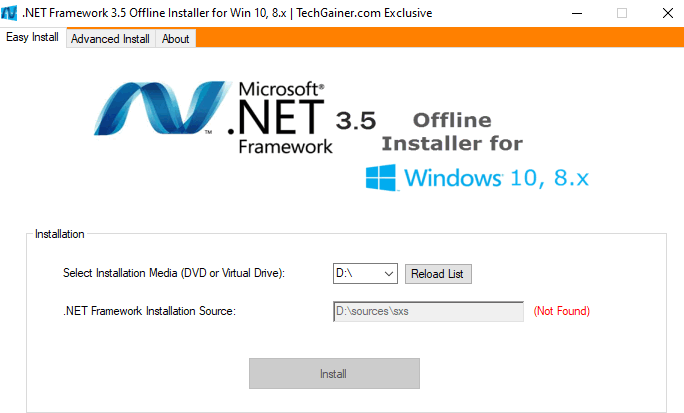 .NET 3.5 is the next iteration of Microsoft’s dotnet framework. Improving on its predecessor .NET Framework 3.0, 3.5’s objective is to help with the development of modern apps. 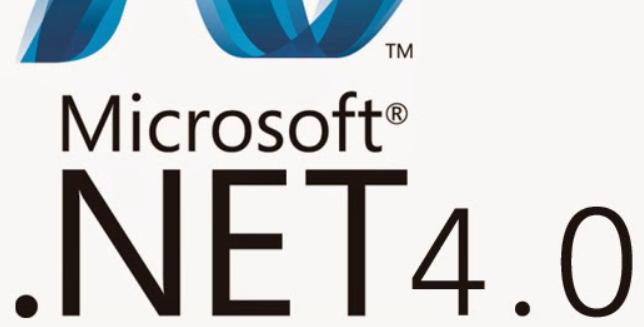 .NET 4.0 isn’t just an extension of features; the .NET framework has actually been evaluated and overhauled. The .NET Framework 4.0 comprises parallel additions that allow for parallel computing support geared toward distributed and multi-core systems.

.NET Framework 4.0 works with applications developed using earlier iterations, apart from some changes that were made to boost accuracy, dependability and performance. 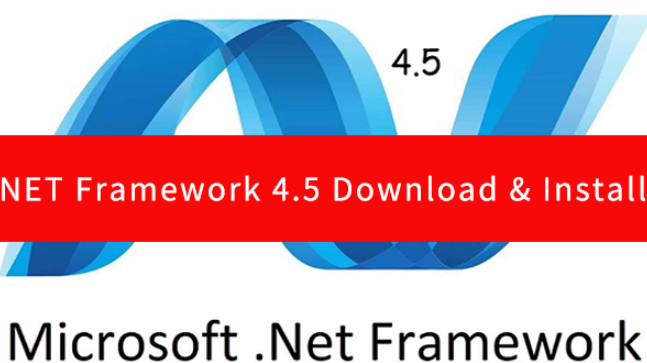 .NET 4.5 comprises a substantial amount of architecture and language improvements for C# (C Sharp), JavaScript and F# (F Sharp). This iteration has also been integrated with a quick-to-respond user interface and web application scalability.

.NET 4.5.1 was released in 2013 alongside Microsoft Visual Studio. This iteration requires Windows Vista, but it has been added to Windows 8.1 and Server 2012.

.NET 4.5.2 was released in 2015. This version was dedicated toward Windows Vista and higher. Enhancements were made for high DPI (Dots per inch).

For ASP.NET, higher fidelity HTML and HTTP header review and improvement approaches are available, as well as a new way to schedule background worker tasks. 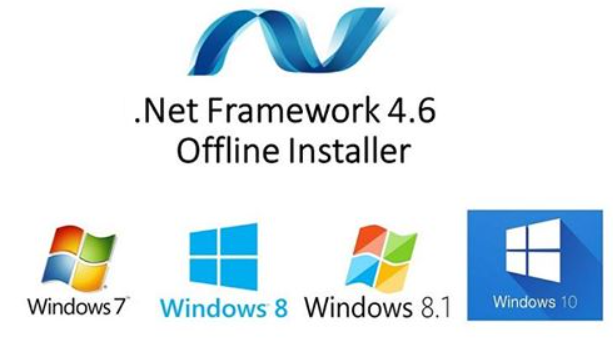 .NET 4.6.2 was announced in the first quarter of 2016 and released in the third quarter of that year. This .NET architecture iteration can only be installed in Windows 7 or higher.

It’s the last .NET architecture iteration to support Windows 8 and 10, albeit there have been some unsanctioned workarounds to use a subset and leverage .NET 4.7 in windows 8.

.NET 4.7.1 was released in the last quarter of 2017 and shipped as a Windows container image.

.NET 4.8 improved on previous .NET architecture iterations by fixing most problems and incorporating a couple of new features. Microsoft announced that .NET 4.8’s runtime version would be added to Windows 10’s 2019 update.

.NET 4.8.1 is the latest .NET Framework iteration and was released in the third quarter of 2022.

Which .NET Framework Is Best?

Although .NET Framework 4.8.1 is the latest iteration of this framework from Microsoft.com, its predecessor .NET 4.8, is considered to be the best Microsoft .NET Framework version thanks to its stability as well as compatibility, reliability, performance and security improvements.

What Is the Newest Version of The .NET Framework?

.NET Framework download size depends on the installer you want to use. There are typically two kinds of installers offline and online. Which installer is better?

The offline .NET Framework installer is a single file you can download and install offline for supported Windows OS versions.

The online .NET Framework installer is a single file you can download and install online for supported Windows OS versions. Typically, this is a 2.7MB exe file; when you run it on a PC, it will download additional files from Microsoft servers.

It’s worth noting that if you’re in an office and want to install .NET Framework on several machines, you can download it once and use a network share to set up multiple devices.

Where Can I Find the Full List of .NET Framework Versions?

Is Angular A .NET Framework?

No, Angular is not a .NET framework. Instead, Angular is a client-side JS (JavaScript) framework that follows an architecture known as MVC (Model View Controller). This architecture was developed by Google, but it’s now open-source, meaning all programmers can use it.

What Are C# NET Frameworks?

C# is the programming language found inside .NET frameworks. C# is object-oriented, meaning its productivity can be augmented during the development process.

Which Version of the Microsoft NET Framework Is Most Widely Used Today?

Native Arm64 support allows projects within the vast .NET framework ecosystem to leverage the advantages of running workloads natively. As a result, there is improved performance compared to running x64 code.

.NET Framework 4.8 can be installed on various windows operating system versions such as Windows 11 and Windows 10 (versions 20H2, 21H1, and 21H2). .NET framework version 4.8 can also be installed on server platforms like Windows Server 2022.

.NET Framework version 4.8 users can install the framework on their devices either using an offline or web installer, albeit the web installer is recommended by Microsoft.

What Is The .NET Framework Class Library?

The .NET framework FCL (framework class library) is hierarchically organized and split into namespaces. Namespaces help programmers develop logical groups linked to related classes that can be leveraged by any programming language targeting the .NET framework.

Namespaces can help avoid any naming issues amongst classes that have similar names. For instance, two classes can have the same name within an application as long as they are allocated to different namespaces.

The function of the .NET framework FCL (framework class library) is divided into three main categories. These categories include:

Different frameworks are available in the framework class library for specific app development. For instance, ASP.NET is used for the development of web apps. WPF (Windows Presenter Foundation, on the other hand, is used for application UIs.

Some of the features of the framework class library are wrappers surrounding the functionality of the Windows operating system. These wrappers include classes for file system utilization, classes to handle input and output for console apps, etc.

How Many Languages Does .NET Framework Support?

The .NET framework natively supports 11 languages meaning that these programming languages are designed for the platform by Microsoft.

Using languages natively supported by the net core framework is recommended because these languages are likely to have reliable and robust updates.

The .NET framework also supports an additional 50 programming languages that aren’t Microsoft languages but are supported by other entities (cross-platform). Some of these languages include A#, Boo, Cobra, Sharp, Oxygene, etc.

What is Web API? Web API is a framework that allows programmers to design and build HTTP services that different clients, like mobile devices and web browsers, can utilize. For instance, Web API can be used to create .NET framework services.