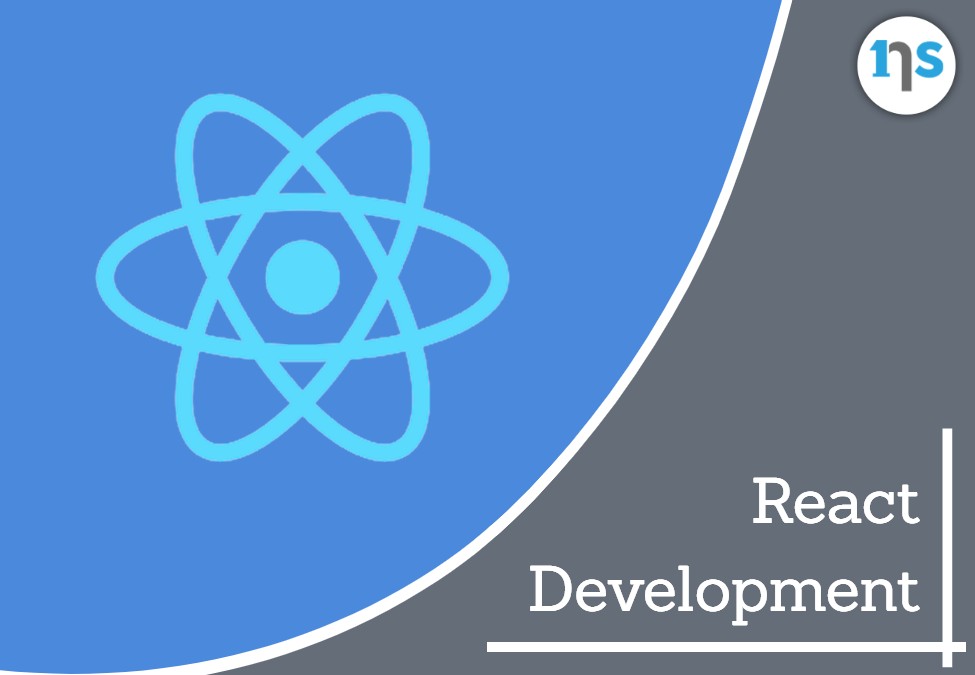 0
SHARES
ShareTweet
A software engineer at Facebook, Jordan Walke, created React and released an initial prototype referred to as “FaxJS”. XHP, an HTML PHP component library inspired him. React was first deployed in 2011 on Facebook’s News Feed and in 2012 on Instagram. In May 2013, at JSConf US, React Native was open-sourced. Here are some of the things you need to know about React development.

What is React Development?

ReactJS is an open-source and free JavaScript library for developing user interfaces depending on UI components. Meta, previously Facebook, and a team of other companies and individual developers maintain it. Developers can use React hook as a foundation in developing one page, or mobile applications.

Is React a Language or Framework?

React is a Library.

What is React built on?

React is built on the JavaScript framework and based on JSX.

Does React need HTML and CSS

Having a basic knowledge of HTML and CSS is necessary when using React, especially when you begin developing complex applications. In this case, you will need to acquire the conventional CSS, HTML, and JavaScript code layers, often matching and mixing conventional web code with React seamlessly.

How does React Compare to Angular?

Options for front-end development frameworks and libraries are fast becoming competitive. Among all the JavaScript libraries and frameworks available, React and Angular takes center stage among developers. Angular is an open-source JavaScript framework written in TypeScript. Built and powered by Google Chrome, Angular is compatible with various code editors. The development of powerful websites and web apps requires the use of Angular in its front-end development. Some of the projects developed with Angular include Microsoft Office Home. The React library splits a webpage into individual components to simplify interface development. The development of React started in 2012 when Facebook ad management using HTML coding became difficult. The library has been used extensively in the Instagram and Facebook user interface.

Differences between Angular and React 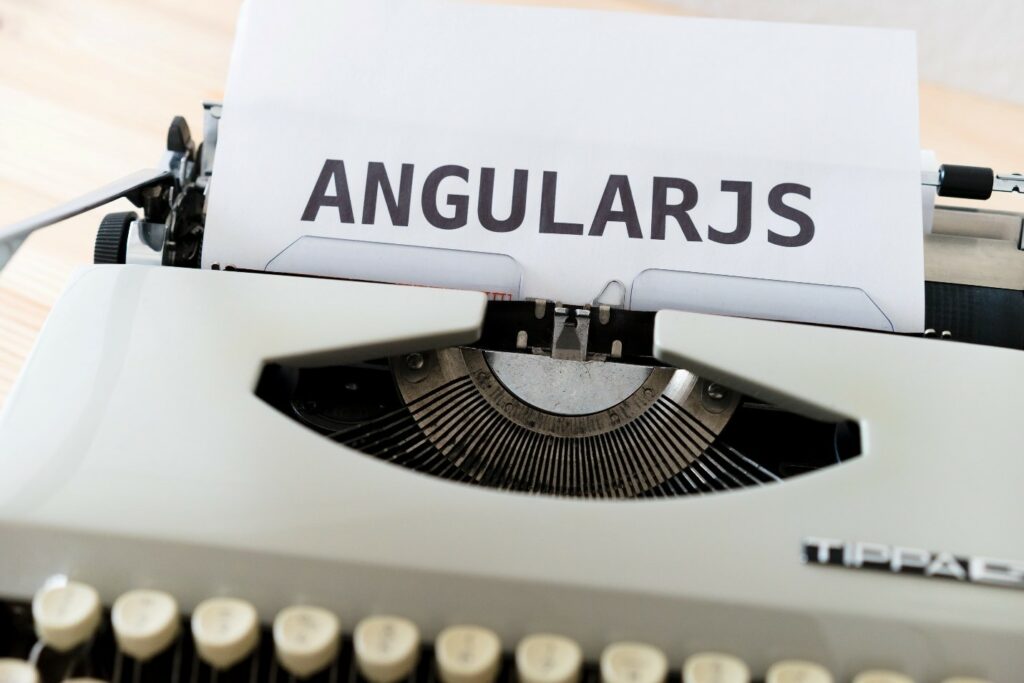 Through React, programmers can determine the appearance of their application for the user. It also enables them to understand how users will interact with their app. React comes in handy to facilitate the development of native-rendered, web, and mobile applications. Besides reusable library code, React comes with JSX and virtual DOM, core features that JavaScript developers love. While React is generally used by technology giant companies, it also works well for smaller projects line the BMI calculator. React libraries range from React.js templates to groups of individual user interface features that facilitate the development of user interfaces from scratch.

Both Angular and React are ideal for front-end development and perform well in large-scale application development. However, React.js leverages the virtual document object model (DOM – allows developers to access and modify document structure, layout, and contents) while angular relies on real DOM. With the virtual DOM, you don’t have to rewrite the whole HTML doc to make updates or changes. As a result, apps built on the virtual DOM are fast regardless of their size. Angular’s real DOM feature slows down its applications when handling large data requests.

Data binding involves integrating data between UI and business logic. Angular uses one and two-way data binding. Worth mentioning is that changing view stimulates data modifications while changing data affects the view. React leverages one-way binding. When outlining a React application, developers usually cover child components with high-level parent components. One-way binding stabilizes the code. As a result, debugging a React-based app is easier. However, working with Angular’s one and two-way binding is simpler. It also enhances the framework’s flexibility.

React builds UIs by splitting them into components. Developers create components that control their state and arrange them into more sophisticated UIs. If your project is based on React you will need different supporting tools and integrations like: Angular is a full-fledged framework that features numerous out-of-the-box features such as: Noth React.js and Angular feature powerful ecosystems. Understanding React is easier but it needs numerous integrations to leverage its full potential.

What are the Benefits of React Development?

React facilitates considerable data changes resulting in automatic adaptation in the outlined parts of user interfaces. Due to this functionality, you do not have to perform any additional function to upgrade your user interface.

React enables developers to use single sections of their applications on the server-side and the client-side, accelerating the speed of the development process. Different developers can write individual sections without harming the application’s logic.

The React code is flexible and easy to maintain as a result of its modular structure compared to other frontend frameworks. This flexibility saves businesses costs and time.

React.js is designed to offer high performance. It offers server-side rendering and a virtual DOM program that accelerates complex apps.

React deployment is easier, especially when you have a basic understanding of Javascript. Professional JavaScript developers can learn everything to do with React framework within one or two days. 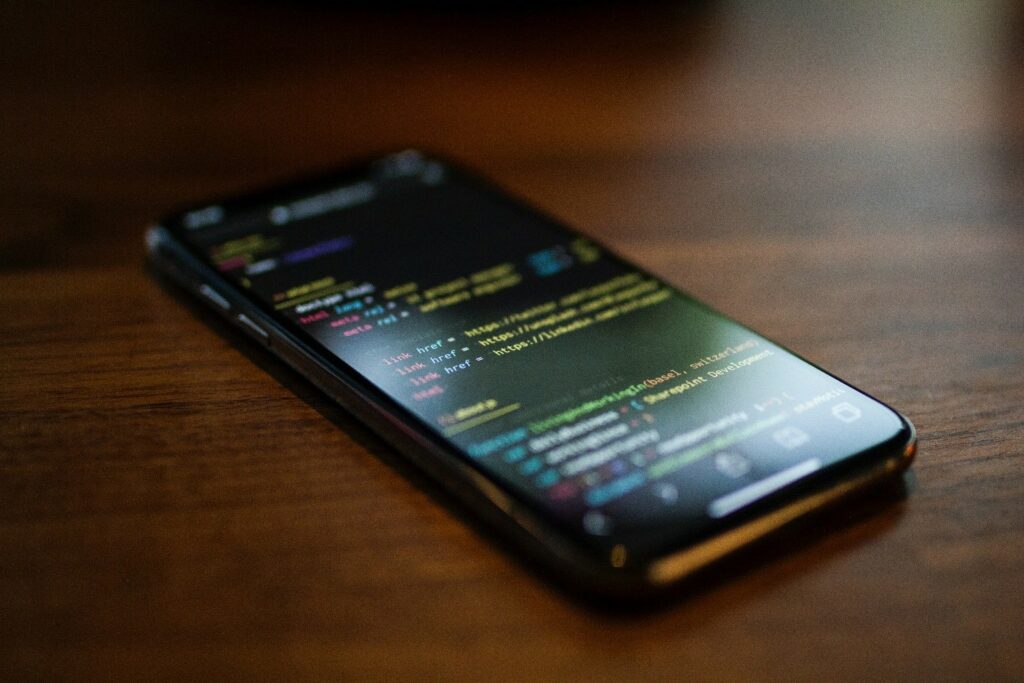 React is ideal for both web and mobile development. Facebook recently upgraded the library to facilitate the development of mobile applications for both iOS and Android cross-platforms.

What can React do?

React enables developers to large web applications that can convert data without having to reload the page. The core purpose of React is to be simple, scalable, and fast it only operates on user interfaces in an application, corresponding to the MVC template view. React can be used together with other JavaScript libraries or frameworks like vue.js, next.js, and Angular JS in MVC.

What are React Developers?

They are front-end developers that build advanced UI components to enhance application performance. They rely on their CSS, HTML, and JavaScript knowledge and collaborate with project managers, web designers, and testers to develop an effective and robust application.

How to Become a Good React.js developer

Reactjs.org is one of the best sources where you can start learning React. Many developers rely on this site to gain and improve their skills. Read through the available documentation extensively to familiarize yourself with the necessary concepts. You can also run the code examples available on Reactjs.org.

After perusing through the documentation at Reactjs.org, start developing small apps. You can begin compiling a to-do application from scratch. Create a complete router application that comprises simple and well divisible parts. Register or sign in to your Github account to save your work. A Github account enables you to search for and learn how other developers built similar applications. Include new features depending on what you learn.

Research plays a huge role in your journey of becoming a developer. Search the web for answers should you encounter problems. Track your questions and bookmark the solutions for future reference.

The internet is the ideal place where you can learn react.js. Numerous resources are available online like free and paid online courses, tutorials, and books.

What is the future of React?

React has fast become the future of web development because it is easy to use and versatile. Many developers are now opting for React over other libraries.

Here is a summary of how to think in React component.

The Concept of Virtual DOM

The VDOM is a programming approach where a virtual UI representation is integrated with the real DOM via a library like ReactDom. This approach enables React’s declarative API, developers inform React of their preferred UI state and ensure the DOM matches the state. Doing so abstracts out the manual DOM, event handling, and attribute manipulation that you would have used to develop your application. The virtual DOM is not a technology but a model. As a result, people often opine that it defines different things. In the React realm, virtual DOM is affiliated to React elements because they are the elements that represent the user interface. React also leverages fibers, internal objects that carry extra information on the component tree. Fibers can also play a role in the virtual DOM execution in React.

Follow the steps below to configure a React development environment. To test it, download and run a model React application. 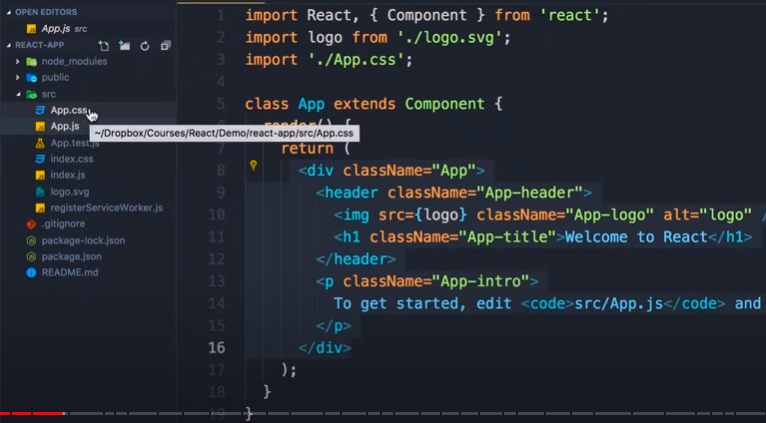 While developers can write React directly in HTML, they will need Node and NPM to utilize React in production. Here is how to about it.

JSX is the short form for JavaScript XML. It is a syntax extension for JavaScript that allows developers to write directly in React in HTML. creating a template using JSX in React is easy. However, the template is powered by JavaScript.

The process will need your authorization to install create-react-app and its affiliated packages. When the installation is completed you can change directories in your new app.

Do so by applying the PowerShell and npm start command. The command will start up the node.js server and open a new browser window showing your application. Use Ctrl + c to stop the React app from running in your command line.

A React component is one of the core React app building blocks. Components ease the UI building task. The two main types of components in React are Class and Functional components. 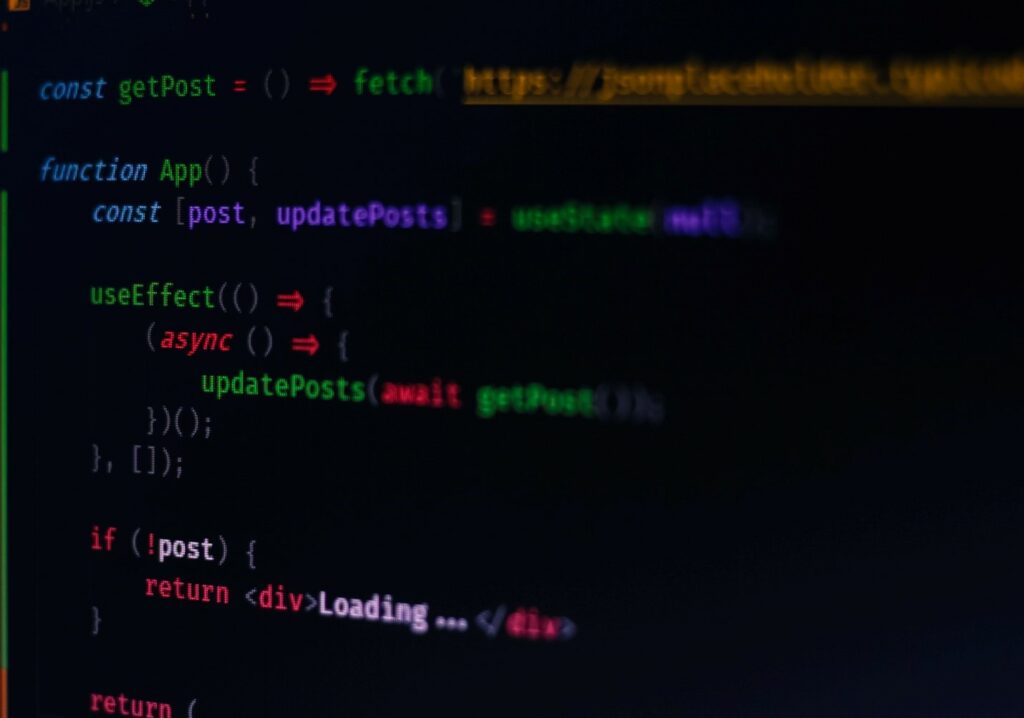 React Developer Tools is a Chrome DevTools extension for the React open-source code JavaScript library. It allows developers to analyze the React component ranking in Chrome developer tools. Two new tabs are available in your Chrome DevTools. These are Profiler and Components. The components tab indicates the root React components rendered on the page and the subcomponents rendered. By choosing any of the components on the React tree, you can assess and edit its state and props in the right panel. You can then assess the chosen component in the breadcrumbs and the component that created it. If you assess a React element using the ordinary Elements tab before transitioning to the React tab that element will be selected automatically on the React tree. The profiler tab enables you to record performance data. While this extension needs permissions to gain access to the page’s tree it does not transfer data remotely. It is entirely open source and its source code is available at https://github.com/facebook/react/tree/master/packages/react-devtools-extensions

Here is how to convert the class-oriented CurrencyCodePicker component to a function component.

Reactjs has become popular among many software development enthusiasts due to its flexibility and simplicity. Many backend developers say it represents the future of website development. Approximately 1,300 developers and more than 92,000 websites use ReactJS. If you are looking for a promising career in the development world, learning React can be ideal. Book a call today and have all your questions answered.