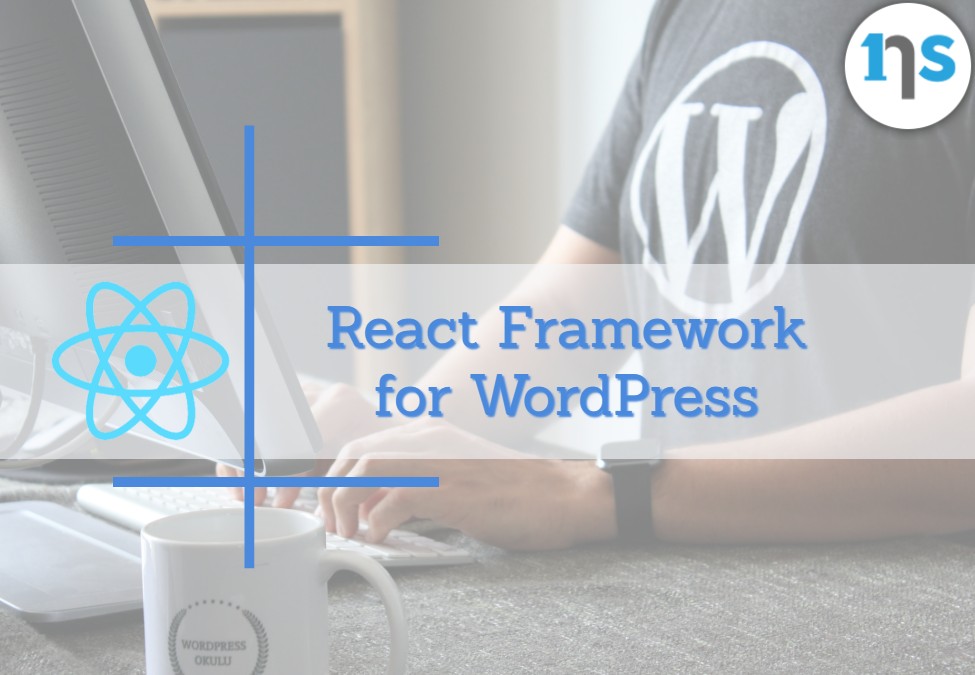 React Framework for WordPress – Information You Can’t Miss Out

Are you considering developing a WordPress website? There are numerous open-source frameworks available that you can use to create an appealing front end and improve user experience. However, choosing the proper framework can be difficult.

React is a JavaScript library and a commonly used front-end web pack framework. There are numerous options to use React app in your WordPress site project. Read on to learn more about react framework for WordPress.

What is React framework for WordPress?

React framework is a JavaScript library that developers can use to build user interfaces for SPAs (single page applications) within mobile and web environments. React was developed to boost JavaScript’s UI development on Facebook.

Today, however, React has been adopted across different industries. React is also becoming popular in the Wp-JSON community, especially among web development professionals who want to configure headless WordPress.

With a headless or decoupled CMS configuration, developers can leverage the WordPress content management system at the back end and their preferred development technologies for the front end. React-oriented frameworks can leverage WordPress REST API endpoints as an interface link to access data on your website away from the WordPress framework.

There are different React frameworks to choose from based on your project. However, some of the most effective frameworks that WordPress developers can benefit from include:

Frontify is a server-side rendering (SSR) framework that has been optimized for WordPress.Frontify uses SPR (Serverless Pre-Rendering) to render HTML. A CDN (content delivery network) will save the HTML and serve it later as static content.

CRA is a zero setup framework that you can use to accelerate your React project. Once developers build a project with CRA, it installs the most current version of React-Dom and React. Further, it installs an updated version of React scripts, a development dependency that facilitates the management of other dependencies critical for developing, launching, and testing your application.

How do I use React Components in WordPress?

There are different methods of integrating React components with WordPress; however, using the ReactPress plugin managed in GitHub to embed a React app into a WordPress page is more manageable.

With this method, developers can leverage create-react-app without custom post-type build setups. ReactPress is specially designed to automate the React integration on behalf of developers. It also guarantees a smooth development experience by running the local React dev server with your WordPress website theme.

Many developers use the headless CMS with Gatsby, Next.js, Node.js, or Frontify. However, these solutions make your app complex. In the end, you may lose numerous benefits of Wordless plugins and themes. Here are the steps from development to deployment.

What are some Benefits of Using React in WordPress?

There are numerous reasons why many developers are using React framework. Here are some of the benefits you will gain from leveraging React in your WordPress development projects.

·      React is User-friendly and Coding with it is easy

Users who are already conversant with CSS and HTML can learn React with minimal struggles. JSX (JavaScript XML)eases the process by creating a practical method of merging the JavaScript and HTML language. React provides modularity by allowing users to merge functionalities, markup, and style in a centralized place.

Code reusability is one of the features that make React popular. Every React application comprises header components that are structured to be reused across the project. Still, React components are separated, meaning that changes on one element do not affect the others. Code reusability makes programming easy and precise for WordPress developers.

Components facilitate the ultimate separation of data storage and presentation. Components are ideal for temporary storage. React provides an enhanced alternative for the conventional presentation layer. React components have a well-defined theory of state which is different from data presentation.

For the best results, use React in conjunction with Redux and graphql. Any data you may lose during the rendering process will automatically assume the react state. However, combining React with Redux helps you store a significant percentage of data, offering optimum presentation and storage. WordPress REST API actualizes this process.

With React, rendering is not required, and that accelerates your project. Suppose the component’s state changes, Redux will only re-render the essential elements on the page. You can include components in no particular order, and all of them will be handled in the same manner.

A community of developers is crucial to consider when choosing a framework for your project. React has evolved tremendously and attracted a group of developers, experts, and consumers worldwide. Currently, different firms are using React, which explains its popularity. 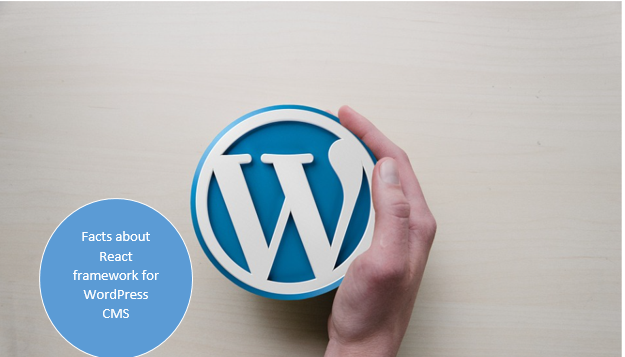 Here are some things you should know about React to become fully conversant with it.

Frameworks are stiff tools that create web applications. However, building a product using a framework can be problematic. Libraries or modules simplify the development process by creating user interfaces. However, it does not facilitate server routing, translations, and communication.

You do not have to use JavaScript in the react elements. Instead, you write in JavaScript in HTML codes and HTML in JavaScript. JSX simplifies this process. While programmers can write their code in JavaScript, it will be a complex task. With JSX, writing code becomes safer and more reasonable. Here is an example.

‘Say hello to my little friend’))

In react, programmers leverage props to transfer data between components. They can also modify the props to extract relevant data to exhibit on the user interface.

You can use JavaScript to initiate markup synchronously in react. Some of the po[ularly used frameworks use templating languages for various operations. Each framework comes with a unique PHP templating language that programmers should learn before using a framework. Templating is a string-based development that features full HTML, which users hardly take advantage of.

The DOM in other libraries or frameworks should be rendered in every change. In react, however, the library develops a virtual Dom similar to the original format only with minor adjustments.

In react, programmers use the run build command npm to develop a file creating a lighter optimized version to ensure your web app’s performance remains intact.

In react, you don’t have to command the code into executing tasks. All you need is to declare the expected output appearance, and react will complete the task independently.

You can use different libraries like webpack, rollup, browserify, and brunch to optimize your web app. React also features numerous libraries about varying components like effects, animation, and calendar picker.

The React Native library is another robust fact about react. The library allows you to develop mobile apps for iOS and Android. If you are experienced in using React library, adapting to React Native should be easy.

11.  You can Isolate the Concerns

In React, JS, HTM, and sometimes CSS remain together as an element. To exhibit a row along the grid, you build a row element and place logic, HTML, and behavior together. In the past, programmers and developers separated CSS, HTML, and JS into varying files.

Some experts named the separation of technologies, which should not be mistaken for the separation of concerns. When you have JS and HTML in separate files, replacing one and keeping the other intact becomes easier. However, the process does not always work that way.

A significant percentage of changes to the HTML system need refactoring of JavaScript logic. Markup and display logic are naturally coupled tightly. When you alter the text input to the checkbox, you have to rewrite your logic.

Each setState() call tells notifies React about possible state changes. React then calls render() technique to enhance the representation components in virtual DOM, to compare it with components rendered in the browser. Should there be changes, React executed a minor update to the DOM. Child components understand what they should re-render after their props change.

The Biggest Problem with React Framework for WordPress, and How You Can Fix it

While React is efficient and fast, it’s still a new tool, initially released seven years ago. That means the platform is still under the active development stage. Bugs and issues are common. React is evolving and becoming more powerful with every new version. The react development community is significant, meaning that WordPress theme developers should solve their issues easily.

Linking the React.js file to WordPress.com via REST API does not guarantee that your website will work fast. Remember, the react app will still have to restore a massive chunk of data from the database, especially if the UI is overly complex. To develop a fast WP rest api theme using react, a developer will have to go the extra mile. For example, they may need to build an indexer to facilitate the population of one document with frequently used data from the database.

While react is a popular tool, it is still misunderstood. Here are some of the popular myths about it.

This myth emanates from the fact that many developers dread writing approachable applications. Developer laxity is a common practice across web development technologies and frameworks.

Lack of training and resources and pressure from CEOs and product managers that care less for attainability play a significant role in developer laxity. This problem is widespread in the React industry because the tool is one of the most popularly used libraries today.

·      JSX is Necessary when using React

React popularized JSX (JavaScript Syntax Extension) to illustrate an application’s user interface. While the syntax is similar to HTML, it comes with the ultimate JavaScript power, making it easier to identify the particular component that renders.

Some people step back from using React because they think incorporating an HTML-similar syntax into a JS code hinders the separation of concerns theory. However, that is misplaced reasoning seeing that JSX is different from HTML. Transpilers like Babel are used to assemble regular JS code and JSX.

·      You must use Redux in Conjunction with React 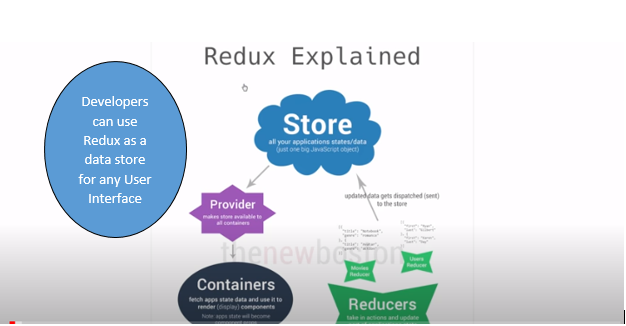 Many developers worry about state management when developing SPAs (Single Page Applications) because you will be shuffling lots of state in between components which can be daunting for complicated applications.

The main objective of Redux was to solve the state management problem by maintaining state in a centralized location to create one source of truth in the application instead of having each component in a different state.

Developers often pile Redux and React as though they need each other to operate smoothly, which is not the case. Redux is a popularly used component in the React ecosystem, but you can use it with a wide range of libraries.

Developers can use React in the absence of Redux by mastering the art of managing local state within React. Further, they should also learn the varying techniques essential to scaling the local state management.

If your local state management technique doesn’t scale well based on your needs, you can adopt Redux or any other library that applies the Flux structure in your workflow.

While React is a popularly used front-end framework, developers should choose the best React framework for their project, which can be overpowering. If you are struggling to make the best choice, consider the four options discussed in this article.