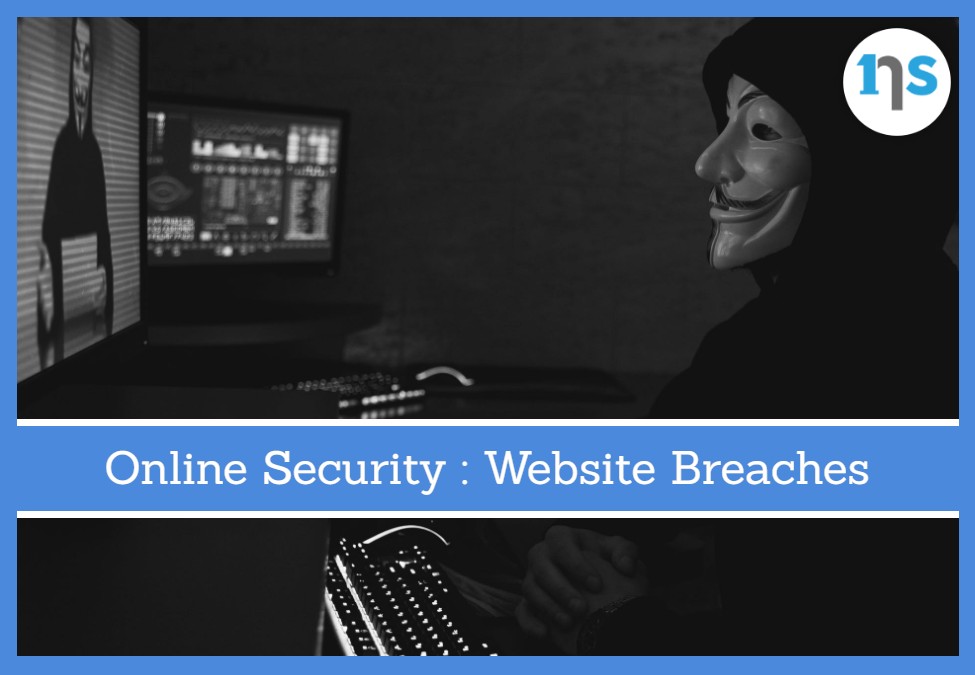 A site breach is a security incident where hackers access or steal information from a website without the authorization or knowledge of the site’s owner. An individual or business may suffer a site breach. Stolen information may include sensitive data such as contact information, bank account details, trade secrets, customer data, or national security matters.

The effects of a site breach may include damage to a company’s reputation, leading to loss of revenue. The victims may also suffer financial losses. 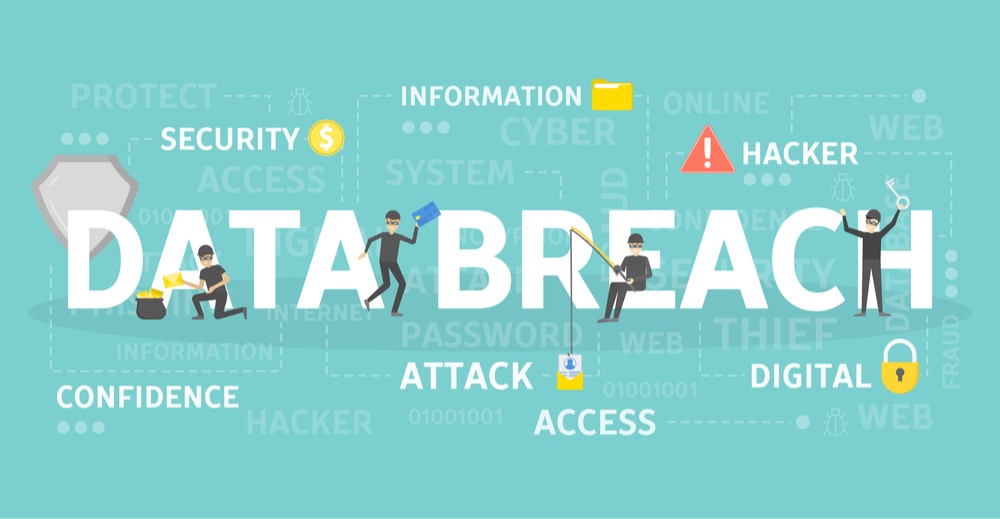 What Websites Have Had Data Breaches?

In March 2015, 000webhost, a free web hosting provider, suffered a massive data breach, which exposed approximately 15 million customer records. The hackers sold the customer data before the company was notified in October. The breach included sensitive information such as passwords, names, email addresses, and IP addresses.

The Chinese email service referred to as 126 had a data breach in 2012. The cyberattack affected 6.4 million subscribers. Though there is evidence that the customer data is legitimate, the breach has been considered “unverified” because of the difficulty in verifying the Chinese breach.

2fast4u is a Belgium motorcycle forum, which discovered a data breach in their system in December 2017. The breach affected the vBulletin message board and affected over 17 thousand individual users. The breach exposed salted MD5 passwords, usernames, and email addresses.

This website focuses on assisting people in hacking online gaming accounts and emails. The site suffered multiple data breaches in 2016. The compromised data included over 1.3 million email addresses, IP addresses, usernames, and hashed or plain text passwords. However, the website has so far been shut down.

Acne.org is a healthcare website dedicated to helping acne victims. In November, the site suffered a data breach, exposing more than 430 thousand members’ accounts. The customer data, including personal details such as date of birth, email address, and password, was traded on underground forums.

What are Examples of Breaches?

In August 2013, Yahoo disclosed that a group of hackers breached their website and compromised over one billion accounts. The breach compromised security questions and answers, risking identity theft. Yahoo first reported the breach on December 14, 2016, while negotiating a sale agreement with Verizon. All affected users had to change passwords and re-enter unencrypted security questions and answers.

In October 2017, Yahoo changed the estimated number of affected accounts to three billion. However, the breach report indicated that the hackers did not steal bank account information, payment card data, and user passwords.

In June 2021, LinkedIn suffered a data leak, affecting over 700 million users. The attackers posted the affected users’ personal data on a Dark Web forum for sale. The breach affected 92 percent of the total 756 million LinkedIn users.

The hackers, calling themselves “God User,” dumped the compromised data in two waves. The first wave exposed over 500 million users. The hackers offered to sell 700 million LinkedIn users’ data in the second wave. In addition, the hackers confirmed the legitimacy of the breach by publishing a sample containing one million customer records. The sample contained the following data:

LinkedIn claims that the event was not a data breach but a violation of their terms because personal information was not compromised. Nevertheless, the data leak is enough to launch a flood of cyberattacks, so the event weighs heavily in favor of a data breach.

Heartland Payments Systems suffered a massive data breach that exposed over 130 million credit cards. The company was processing millions of credit card transactions every month at the time of the breach. MasterCard and Visa discovered the breach in January 2019 and notified Heartland of the suspicious transactions. The cybercriminals performed an injection attack on the SQL database.

Marriott International reported that hackers had compromised the data of about 500 million hotel customers. The cybercriminals gained unauthorized access to the Starwood hotel system in 2014 and continued to access the system after Marriot purchased Starwood in 2016. However, the breach discovery was made in 2018 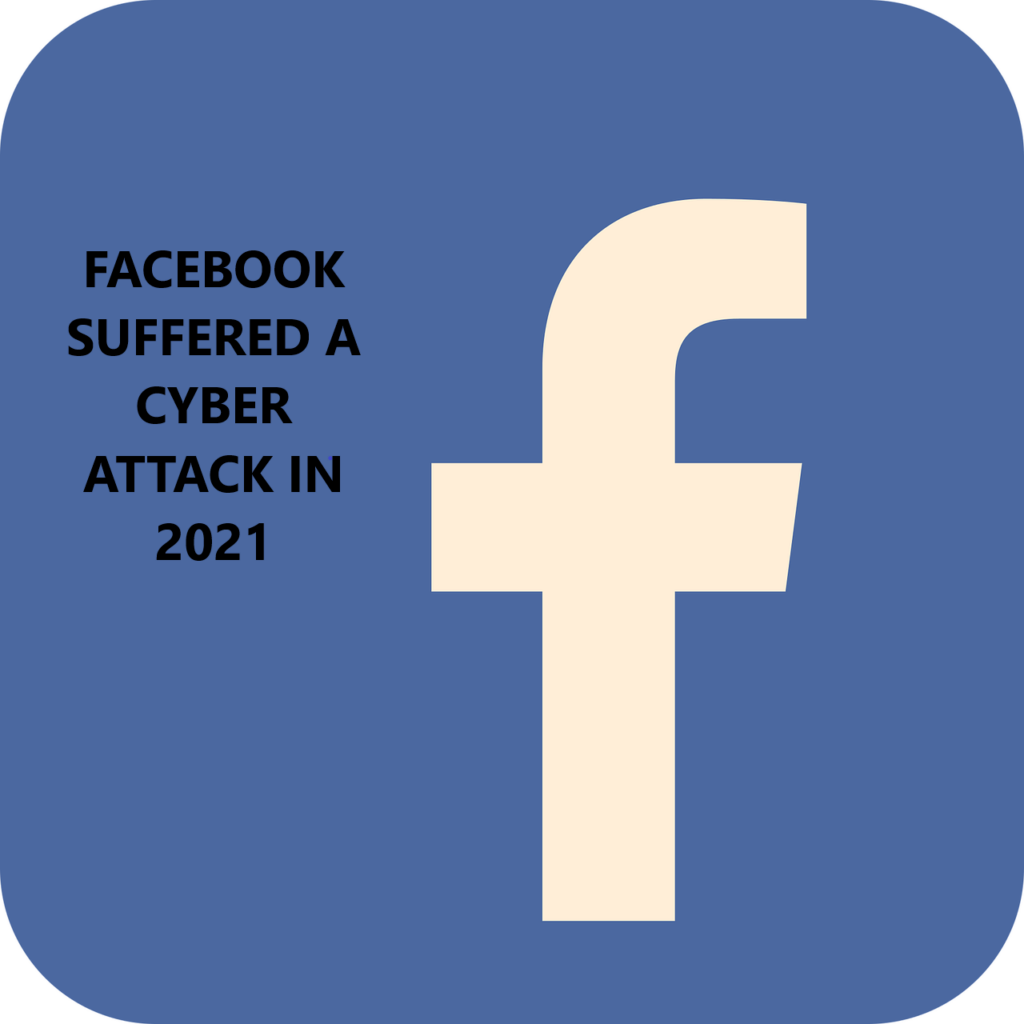 In April 2021, Facebook suffered a new data breach, where hackers leaked a database on the dark web. This data leak made Facebook one of the largest tech companies to suffer a cyberattack in 2021.

What are the Most Common Types of Data Breach?

Millions of customers’ privacy have been violated by thousands of cyberattacks. In addition, these data breaches can ruin a company’s brand and revenue. The common types of data breaches include: 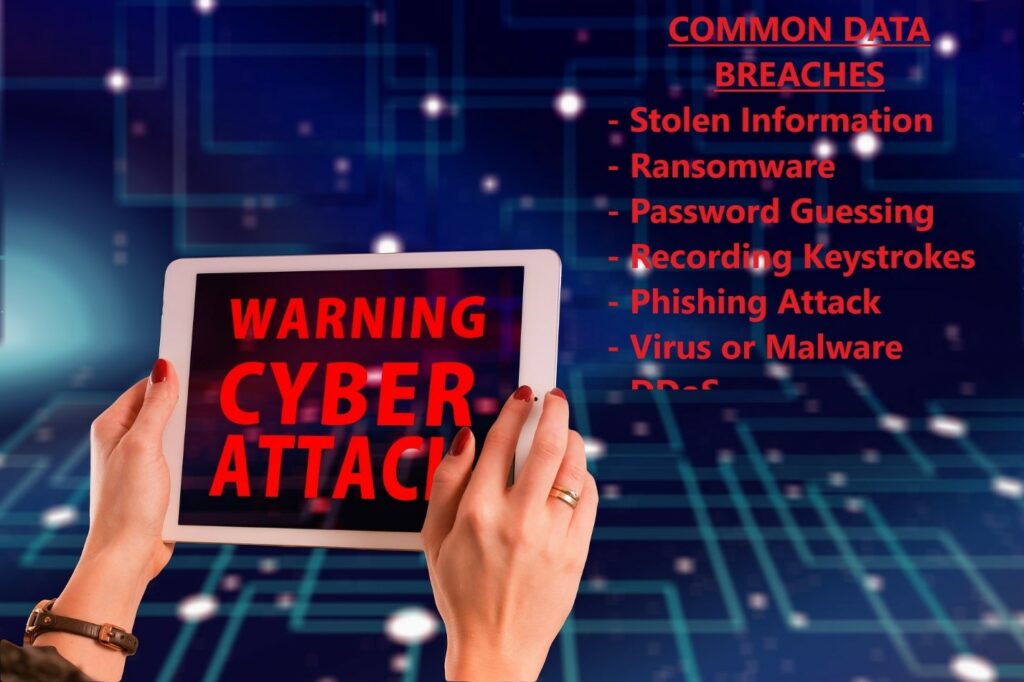 Though this sounds ridiculous, humans are capable of making errors. Apple fell victim to stolen information after an employee left a new iPhone prototype lying around. After a few hours, the hardware and specs of the new phone, which had not been released, were all over the internet.

An employee leaving a file, computer, or phone in the wrong place and having it stolen is quite common. The stolen information compromises not only new prototypes but also private data.

Ransomware is a malicious program, which blocks access to a computer until you pay a fee. You will receive a message that your computer or phone is hacked in such a case. The person will also tell you that they will give you back the access if you pay a fee. Most companies hire a security researcher to identify data security vulnerabilities.

Password guessing may seem like a simple technique, but stolen passwords could be incredibly damaging. Some company employees leave passwords on notebooks, allowing any malicious person to access them. Carelessly placed passwords could give malicious individuals authorized access to computer systems.

In addition, a password could be so easy or guessable. This technique, known as a brute-force attack, is common among hackers. It is pretty common for people to use passwords like their child’s name or pet’s name, making hacking into their accounts relatively easy.

If you keep forgetting your password, a password manager is a better option than having an easy password. Password managers help businesses and individuals securely manage and store their login credentials. You can use this tool to generate strong and unique passwords.

Hackers can email you malware known as keyloggers, which records what you type on your computer. The malware then passes the data to hackers, who use it to access sensitive data.

Cybercriminals use keyloggers to record private data such as social security numbers, passwords, and credit card numbers. Once the attackers have your password, they can even access and steal sensitive company information.

A phishing attack comes from a third-party hacker who creates sites that look genuine. For example, a hacker may breathe a website that mirrors Payoneer and request you to log in for an update. You will key in your username, password and simply click login only to realize you have given someone your details. 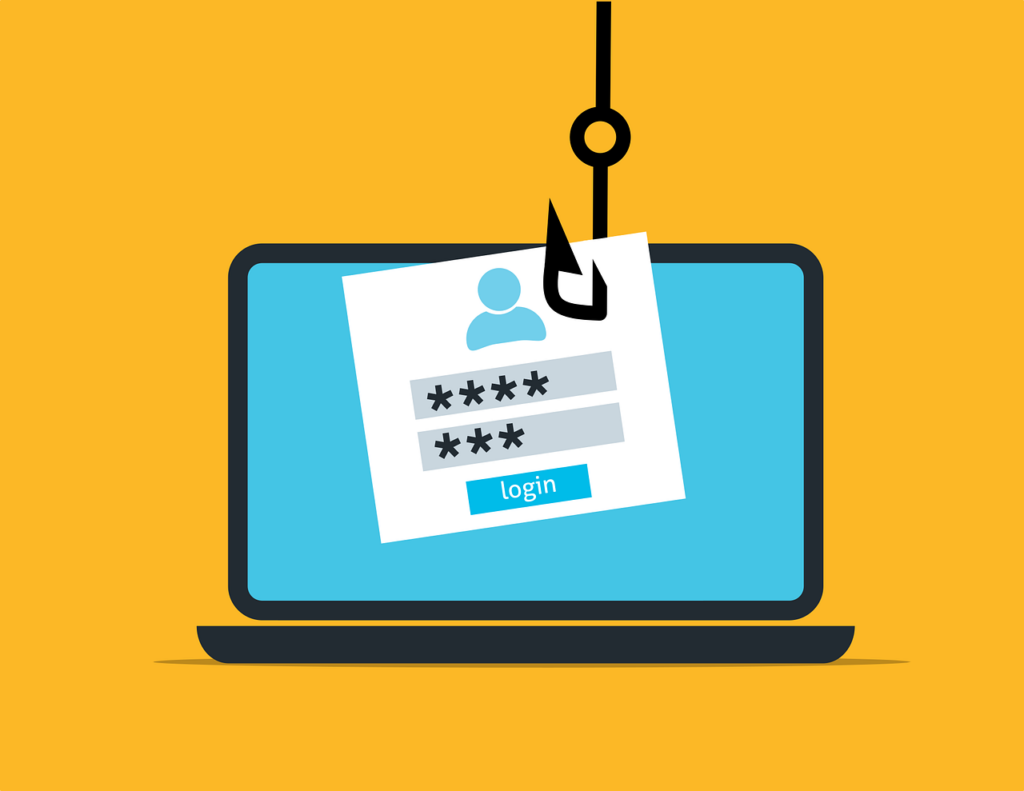 Cyber attackers can send viruses or malware to individuals or businesses to wipe data off their computers. For example, if malware is sent to a healthcare facility, it could wipe millions of patients’ data.

Don’t click on links you don’t know their source to avoid cyber security risks. Most companies request clients to place things on the email’s body instead of sending an attachment. This policy prevents employees from accidentally clicking on a virus or malware that could clean the server.

DDoS is a form of protest that cybercriminals typically use on large companies. For example, vigilante justice trolls may launch a DDoS on a company they feel is taking advantage of the public.

A DDoS attack denies company employees access to their computer system. Though no data is lost or stolen, the company is forced to shut down and deal with the cyber threat.

What is the Importance of a Site Breach?

What are the 3 Ways to Protect Your Website From an Attack?

Businesses frequently fall victim to cyberattacks, and the question “Have I been pwned?” is becoming increasingly common. As a result, businesses must invest in information security to ensure that the business is not exposed to a security incident. Here are three ways of protecting your website from cyberattacks.

Information security systems protect your website from attacks. However, you also need to rely on your staff members practicing safe network and internet use for greater protection. Well-informed employees are less likely to fall into the scams of cybercriminals. An untrained employee exposes a website to security threats. 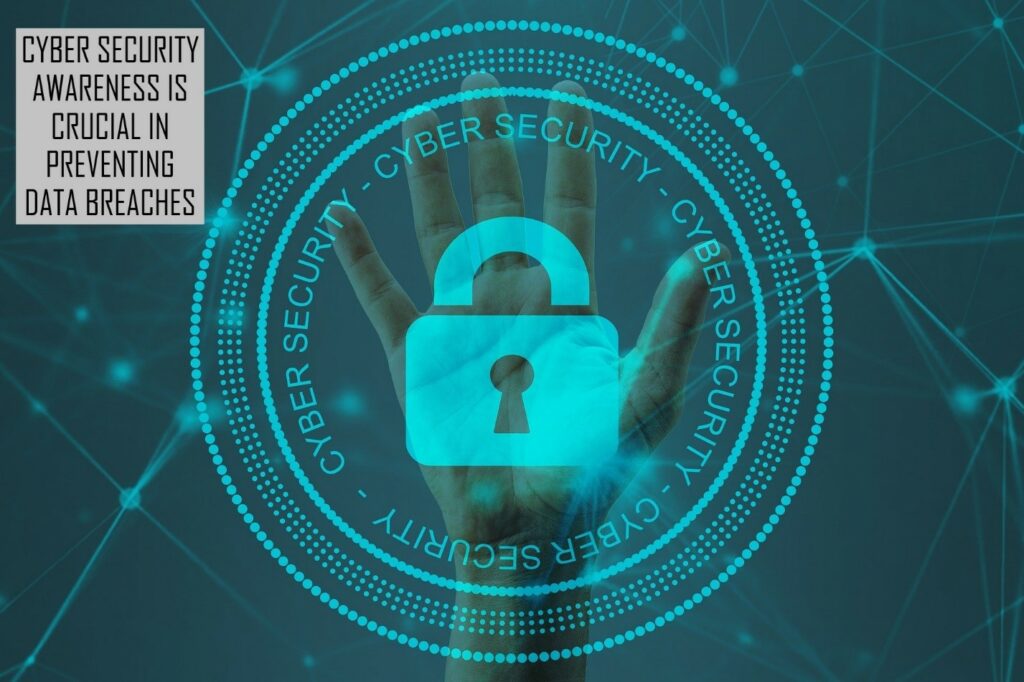 An unsecured website is prone to hacks and security threats. Businesses need to invest in robust backup, multi-layered security systems, and recovery systems that reduce the risk of cyberattacks. One way of dealing with cyber security threats is being proactive.

In addition to having a backup, security, and recovery systems, the systems should always be up-to-date. The capability of cybercriminals increases every day while scams continue to evolve. Therefore, you must always use the latest software and release definitions to stay protected.

Mobile devices should also have the latest software and security features. If employees own mobile devices, guidelines for using the company network should address security risks and implications. Automatic and real-time updates will always keep your systems secure.

Most people view passwords as an annoying component of technology. In addition, they use simple and easy-to-remember passwords. Nevertheless, passwords serve a purpose. 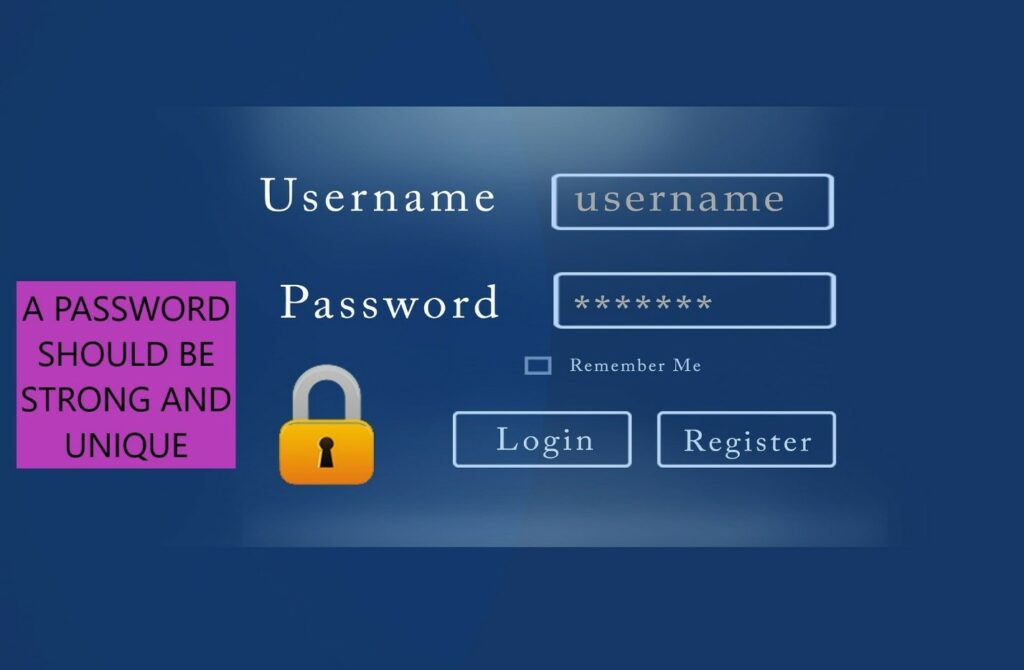 Many companies issue their employees default passwords without forcing them to change them regularly. Therefore, it becomes easy to breach such systems.

Companies should emphasize creating unique and strong passwords for devices, hardware, and software. In addition, an automated system that forces employees to change passwords frequently would be ideal.

A strong, unique password should have a mixture of lower and upper case letters, symbols, and numbers. Furthermore, it should be more than ten characters long. A two-factor authentication model would also provide additional security to a password. When logging in, use a system that sends a one-time code to the user’s email address or phone number.

What is the Difference Between a Site Breach and a Data Breach?

A site breach occurs when a forceful or deliberate attack against a website. Most cybercriminals breach websites, especially online shops, to steal payment details. These hackers use phishing attacks that scam buyers into giving them their credit card and bank account details.

A data breach occurs when a deliberate attack on a database or an organization’s computer systems. The main intention of a data breach is to steal data. Data breaches are common sources of income for cybercriminals, who offer the data for sale on the dark web or force the victim to pay a fee.

What is the Solution for Data Breaches?

Businesses and individuals should take preventive approaches to protect themselves from data breaches. Here are some of the solutions for data breaches:

What Can We Do?

Many companies are experiencing website breaches, making them lose reputation and sometimes revenue. In addition, cybercriminals are developing new ways of breaching security protocols. Therefore, businesses must develop strategies to be ahead of cyber attackers. Book a cyber expert and secure your data today.