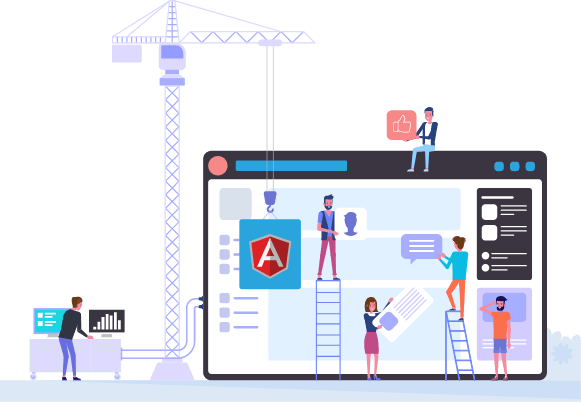 A custom project deserves a custom angular development company. Because unique ideas require a qualified team Give your SAAS the best devshop in town

Trusted by these customers worldwide 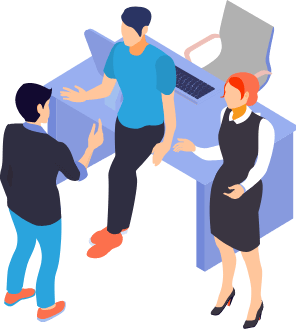 Ideation to completion: We work with you until you have a minimal viable product (MVP) that you're 100% satisfied with.

Within 5 days you have a prototype ready to present to your development team.

We provide world-class software engineers specifically suited to your project.

Every project is overseen by a proven software entrepreneur.

We use a revolutionary - Slingshot' process to ensure your project is completed on time and in budget.

You know your business and your customers, we know software projects.

In a short 15 minute phonecall, you will know the best course of action for your project.

An in-house small specialty team means we can provide the best solutions and software options for your unique project.

We have the programming prowess, to handle any type of design or user experience work. 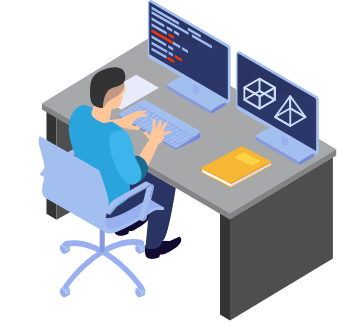 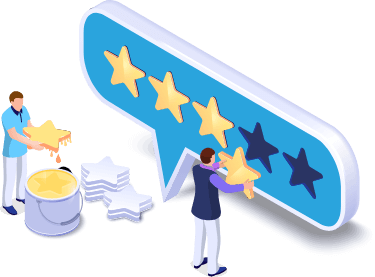 Trusted by thousands of customers worldwide

Feel secure with an industry-leading quality assurance team - the same team that oversees the top SAAS companies in the world.

They comb through your code to ensure that you get a polished final product. It's software that is completely bug-free and squeaky clean.

Every project is backed by a 30-day guarantee. Any problem at all will be instantly fixed.

having a solid plan by the end of next week and a prototype by next month.

What does it mean?

No risk of 1 developer stealing all your code...

No waiting months only to be disappointed...

When you have a OneStopDevShop team on your side, you won't have to stress about these things.

You can have confidence that you have the best team for your project. You’re in safe hands.

We make it easy for your idea to turn into a reality with:

A responsive team at your disposal, and

Ready to get started?

“I’ve been working with Geordie and his team now for about 12 months and I’m so glad I switched over to his services. The team I was working with before literally cost twice as much, and took twice as long. I thought I needed to work with a local team, but that proved to be nearly disastrous for my software application development processes. Since moving to OneStop Devshop, I have been able to move my SaaS to new levels of success, all with helpful and timely programmatic updates. It’s not just about the technical side either, as a seasoned entrepreneur and business owner himself, Geordie can help with copywriting, design, management, and a host of other services. Whatever you do, listen to him, he knows what he is talking about. I know I do, and I’m sure glad to be with him and his team.” 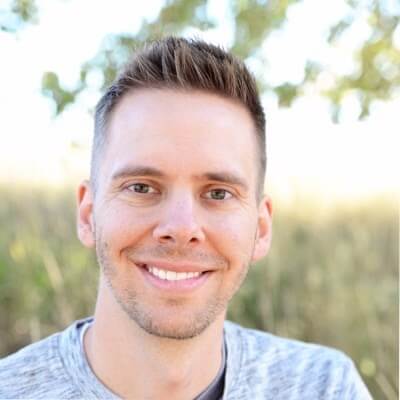 Your perfect development team is just a call away.

No more trial and error, throwing good money after bad.

We’ve made the mistakes and learned in our own businesses so that you don’t have to.

With our unique Slingshot process, we guarantee that we can transform your idea into a workable MVP in weeks, not months.

No more blindly trusting in a developer. No more hoping that in exchange for your hard-earned cash, you might get a MVP that accurately reflects your idea.

Why choose us as your angular development company?

At OneStopDevShop we put our money where our mouth is. You want us as your trusted team for your Angular project because we have extensive experience in Angular development.

What OneStopDevShop can do for you:

Share your wireframe with us and we can go over the project scope and detailed requirements.

If you have a wireframe, we can offer you a highly responsive UI/UX development.

Have confidence in our unique process:

After years in the business, we’ve got our process down to a fine art. Our business is streamlined so that you get a premium result.

All projects are managed by a senior full-stack developer

Every client is overseen by CEO and serial entrepreneur, Geordie

It’s time for you to stress less about bugs in your code. Our code is reviewed by some of the best independent code reviewers in the business. Think London Stock Exchange, London Underground, and intranets well-known Universities.

Well, you can breathe a sigh of relief because we use the exact same quality assurance that they do.

We use an onshore quality assurance resource that is a well-known, well-established industry leader in SAAS businesses. They handle many multi-million dollar projects and will also ensure your project is squeaky clean

Remember, the best ideas are simply that – ideas. Until you take action.

Stop stalling and get the ball rolling.

There’s no telling what world-changing AngularJS applications you can achieve with OneStopDevShop on your side.

“Angular is a next-generation platform, designed to work with every other development tool.”– NetGuru

Choose Angular because it is one of the most premium and preferred technologies. With us as your preferred Angular development company, you can build custom, interactive, and dynamic web projects and applications with ease.

Companies across the world have flocked to angular because it’s developed by Google. This makes the Angular platform trustworthy amongst developers. Angular is frequently used by many cutting-edge tech companies to build their Single Page Applications (SPA).

It also means frequent version updates by Google include beneficial elements like new Command Line Interface (CLI) commands, semantic versioning (based on the MAJOR.MINOR.PATCH scheme), complete with a component-based architecture. Google also made sure that Angular was backward compatible.

A strong and secure language with powerful performance

Let’s expand on a few of these Angular advantages in more detail.

We know you want Increased functionality and productivity. Because of the popularity of Angular, there are plenty of third-party components to use for your software project. This means you get more choice and the ability to customize your app exactly the way you want resulting in a far superior app or web application.

Component-based architecture means your app can be easily broken down into manageable parts. It makes it extremely easy to decouple, replace, and reuse parts of your app if necessary. Ultimately you get faster project and app efficiency for less time and money.

As a preferred angular development company, we pride ourselves on delivering projects on time and within budget parameters. If you’re building an AngularJS app, we know it’s important to provide fast testing capabilities.

“The Angular development framework is considered ten times faster than its ancestor AngularJS and is implemented and maintained by the tech giant Google Inc.” – Paweł Parafiniuk, TechGuru content writer

CLI is an Angular developer’s dream. It allows high-performance code quality and easy end-to-end testing. This means you get your app delivered much faster and at a higher standard. Project creation, feature addition, app configuration and are all done with simple commands.

We’ve all had a project that has had a software update and then needed to be entirely rewritten. Countless hours and unexpected costs mean your project can blow out both its budget and its timeline. Not with Angular. Angular updates have ensured that it’s completely backward-compatible – saving you time and money. You can rest easy knowing that migration from the fifth to the fourth version will be a breeze.

If you want high scalability and high-performance angular developers then you’ve come to the right place. Our expert angular developers collaborate directly with you to ensure you get customized business solutions that best suit your project.

Ready to hire angular developers for your project?

How popular is Angular JS?

AngularJS continues to be the second most commonly used technology, in the frameworks, libraries, and tools section, with React and .Net Core also important to many developers – Stack Overflow Survey

The similarity between Angular and React is that they both have component-based architecture. The difference is that Angular uses Typescript and React uses JavaScript. Angular has the advantage for web development because Typescript is more compact and more likely to be free of errors.

Angular 5 and 6 both support PWAs with CLI commands and additional built-in supports. Watch your web applications transform into Progressive Web Applications with ease.

It’s worth noting that some projects don’t need Angular

If you’re looking for SEO site optimization, it’s probably not worth using Angular. Additionally, if you want to build an app with microservice architecture Angular might not be your best choice either.

If you, however, want to be the next Crunchbase…

With these global, heavyweight companies and many more market leaders using Angular, it’s clear to see it’s a popular and preferred technology.

If you think you might like to use Angular for your project, give us a call today.

Even if you feel you might require another type of software for your project, or you’re not sure what your best option is, we can help you. We can provide the best and most customized solutions for your project and determine the best way forward for you.