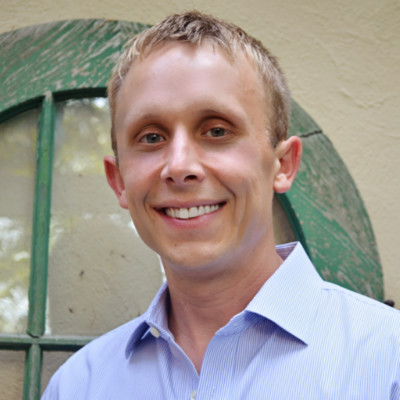 Michael Brown is the CEO of nDash, a company that provides content creation SaaS to some of the leading agencies and brands. Before establishing nDash, Michael was a freelance writer, sports, and news reporter. He also had a stint working with crowdsourcing SaaS companies. These tasks shaped his passion and understanding of content creation, especially written content. Listen to Michael as he shares his journey with Geordie Wardman.

Crowdsourcing allows you to choose the ideal result from a pool of talents. By using this service, you can be sure of receiving results way faster than you would with conventional methods.

Crowdsourcing enhances both the creative process and boosts productivity. While Michael was working for Crowdsourcing SaaS companies, he saw a chance to apply Crowdsourcing differently. It is this idea that pushed him into starting nDash with his main goal being to provide high-quality writers.

Michael was also committed to improving the quality of freelancing platforms. According to Michael, their main customers are market leaders and market decision-makers. Michael tells Geordie that when he started nDash it was just him handling the freelancing work and a few core clients.

The agency would later evolve to accommodate around ten in-house writers. Then, they neither had a platform nor software. Michael used funds from the revenue and profit they made from the agency to create a platform. He mentions that for the initial two years, they were running the agency on the side, but their customers noticed it the most. However, on the back end, Michael and his team were developing a platform that would help them scale.

Michael opines that the agency started making a profit right away. He tells Geordie that the agency had to be profitable, especially seeing that they had no funds in the bank. What’s more, Michael says he noticed that many bootstrapped companies started this way. Listen to Michael as he shares how he sources for his writers, how he pays them, and the strategies he uses to charge for his services.

Transitioning from SaaS, as Michael says was not easy. He mentions one good thing that happened during the MVP phase. You will need to listen to the podcast to figure it out. During the agency years, Michael says he worked with different writers who played a role in launching the community part of the platform.

Michael tells Geordie that at some point, they realized their MVP was overly advanced. It comprised many things that were not necessary. Listen as he shares more information about the MVP process and the challenges they faced down the line. Michael explains that the journey from zero to 30,000 did not happen during the first month. It took them a lot of effort to reach there, and he explains it all in detail in this podcast.

Michael also talks about the managed service plan and upselling. Has the current COVID-19 pandemic affected the performance of the platform? Yes. Michael says that their sales have been fluctuating as a result of the Pandemic. He is happy that they have not seen any drop-offs yet.

Michael explains the SEO strategies they use to promote the platform in a bid to increase their reach. He also highlights that while he does not follow any SEO mentor religiously, he is always striving to learn something new. Michael is quick to mention that his keyword strategy has triggered an increase in traffic to the platform.

Has the platform evolved? Michael says while he does not have the exact numbers, he is sure that his traffic has increased tremendously since they first started. Further, he shares some critical conversion tips that can help your business grow.