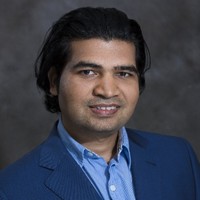 How Ravi Sahu pre-sold $150,000 to fund his mining SaaS before his product existed

Before establishing Strayos, Ravi Sahu worked with Fortune 500 companies in different roles for over ten years. Listen to this podcast as he talks about transitioning from employment to entrepreneurship and his 0-30,000 MRR journey.

Working in the mining industry can be challenging. However, technological advancements are fast transforming the industry to make it more efficient, productive, and safer. Having spent many years in the technology industry, Ravi gained the experience he needed to develop a robust product that would come to the rescue of users in various countries and contexts. He tells Geordie that he strives to solve problems that occur daily in the mining industry and within the mineral extraction process. He also explains other challenges that he and his team are committed to helping their customers solve.

Ravi is a computer scientist with a background in development and programming. It is surprising how he identified a problem in the mining sector, but he explains it all in this podcast. Listen to his narration on how and why he started. At some point, while pursuing his MBA, Ravi interacted with a colleague. He (colleague) had been in the mining industry for 30 years. It is through this colleague that Ravi got to understand the real limited data challenges that players in the industry were facing.

Ravi explains the actual data problems in detail, and you do not want to miss this. Ravi’s colleague would later become his advisor. Clients who adopt Ravi’s system stand a chance to reap numerous benefits, such as operating the plant more effectively and increased productivity. Ravi gives Geordie a breakdown of how he and his team handle their equipment. He says Strayos is an AI and software solutions platform, and they deal with different types of drones.

Many of their customers have their hardware, but if they don’t, then Ravi and his team can develop and customize an entire package for them. Ravi admits that in the beginning, he was not sure that he was solving the right problem.

At some point, Ravi decided to enroll in a three-day mining lesson where he met a mineral extraction process expert. Here, he learnt more about what happens in the mining industry. You want to find out what the expert said from the podcast. From the lesson, Ravi established that the process was tedious and presented various safety concerns. It is here that he started figuring out that AI and software would be ideal in this sector.

Ravi would later collaborate with players in different departments in the mining sector in a bid to understand the problem extensively. Companies that Ravi and his team interacted with were impressed with the service, which he says was an indication that there was an MVP. Ravi talks about the strategy he uses when it comes to the startup development process. Listen to the podcast to figure this out. He also talks about the amount he made from his first customers on a pre-sale basis.

Ravi says the pre-sale amount came in handy to convince him that customers were willing to pay to find solutions to their problems. As an entrepreneur, you should offer services that will build both your business and that of your clients too. Knowing that there were ready customers was the reason why Ravi finally quit his day job to become an entrepreneur. He says that in his first MVP version, he hired two members and grew his team as the MVP evolved.

Doing something that he had not done before was not easy. Ravi attributes his success to his friends and family. He also mentions that he was passionate about his venture, which is why he held on amid the challenges. How did Ravi convince clients to pay for a non-existent product? Listen to his response in this podcast.

At some point, Ravi had to raise some seed money to keep the company afloat. He explains how much he raised, and also mentions the amount of equity he had to give up. Ravi reflects on his journey from the first to their tenth customer, and you cannot afford to miss this. He also explains the challenges they faced along the way and the measures they took to remain relevant. Being one of the biggest pre-sellers in the industry, Ravi concludes by recommending situations that would be applicable for a pre-sale.