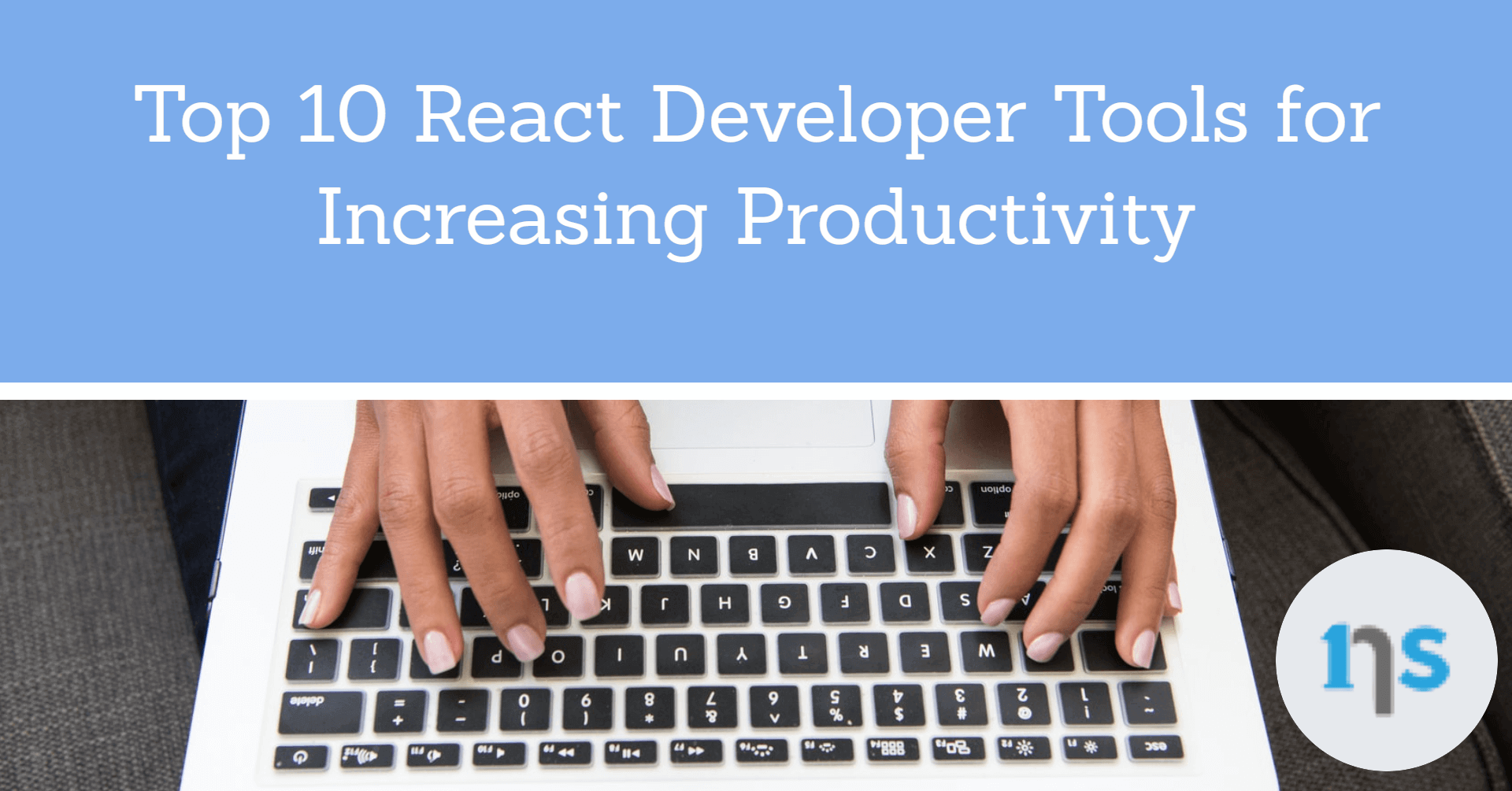 Every week, numerous tools and frameworks are created around JavaScript. React is one of these frameworks and React developer tools are created every day. For new developers, this might be overwhelming to keep up with.

React Developer Tools is a Chrome DevTools extension that provides you with a means to inspect and debug your React library. This Chrome Plugin assists you in inspecting and edit your React component tree, which builds your page. For every component, you can inspect the state, hooks, props, etc. 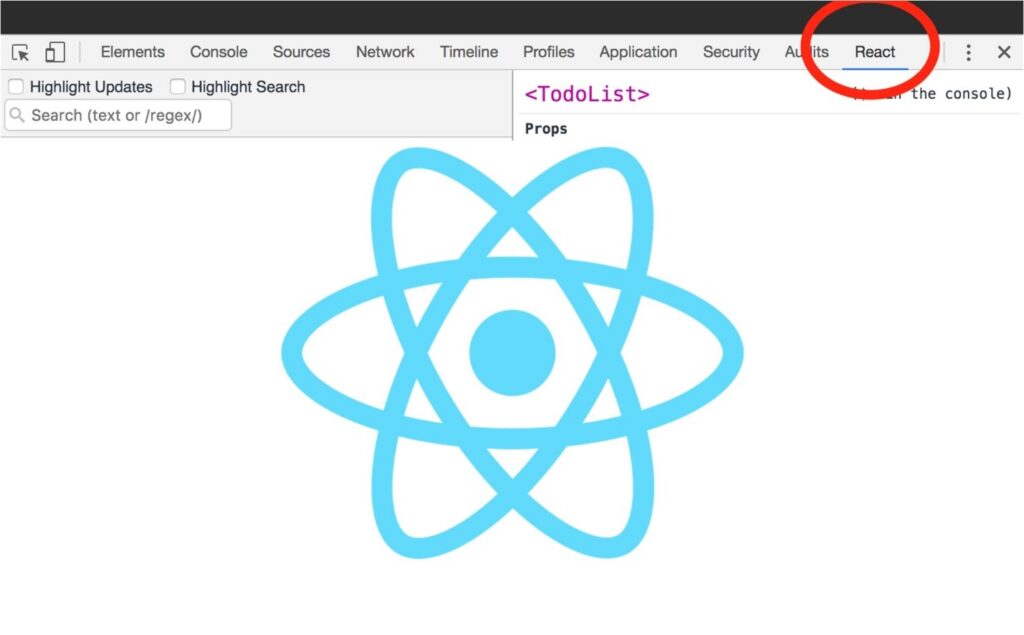 React, also known as React.js or ReactJS, is an open-source JS (JavaScript)library. It was created by Facebook and designed for building more interactive user interfaces (UI). React is very versatile and simplifies the building of websites and apps, reuse of existing website code on mobile, creating UI test cases, and improvement of web application and UI performances.

React developers utilize ReactJS for designing and launching user-friendly features within applications and websites. These developers are also known as front-end developers and are experts who concentrate on what the app or website users see and interact with. If you like your software's interface, your front-end developer is the one behind it.

On the other hand, we have full-stack developers who are professionals who can develop all aspects of a website or application, both front-end and back-end. You can download the Chrome Web Store's development tools, Microsoft Edge add-ons for Edge, and Firefox add-ons for Firefox.

Why do you Need React Developer Tools?

In theory, developers do not need to use React developer tools, but those developers who need to create better code and faster should use them. React Tools are necessary for a DevOps project for several reasons:

Some of the companies using ReactJs include Facebook, Instagram, Airbnb, Skype, and others. When you use a combination of the React tools and its library, you can develop single-page applications or functional mobile apps.

How to install React DevTools

React DevTools is a browser extension for both Chrome and Firefox. If you have the extension installed, it automatically updates itself. If you use the standalone like in Safari or React Native, you can install the NPM’s new version by:

Once you install the standalone app or browser DevTools, two new tabs will appear, i.e., Components and Profiler.

You can debug Hook-based projects faster since Hooks in version 4 get the same support as state and props. You can edit values, drill into objects and arrays, etc.

During debugging and you hit reload, DevTools now tries to restore the last element you had selected.

The Suspense API allows components to” do something” or “wait” before they render. You can use <suspense> components for specifying loading states when components in the hierarchy are waiting to render.

Debugging a device with Chrome DevTools

If using an Expo CLI or Create React Native App, debugging is already pre-configured. On an iOS device, open RCTWebSocketExecutor.m, then change “localhost” on your computer’s IP address. On the developer menu, select “Debug remotely.”

If you have an android 5.0 device, connect via USB and use the ADB command-line tool to allow port forwarding from your Android device to your PC. You can also look for an online tutorial to help you out.

You can also opt for “Dev settings” and update the Debug server host for device” and set it to match your PC’s IP address on the developer Menu. If you get any problems, your Chrome extension could be interacting unexpectedly with the debugger.

Disable all extensions and re-enable them one at a time until you discover where the problem lies. Report any issues and specify your operating system: extension version, browser version, and the precise instructions to reproduce your problem with a screenshot.

The React Developer Tools for Chrome is one of the best React developer tools built for Chrome. Using this tool, you can get a list of components and subcomponents. Once you install the developer tool extension, a new tab opens, containing a list of this component. You can select, edit and inspect the components’ states and props. The tool helps you to see the app’s performance. If you want to make a unique app, use this tool for your React project. 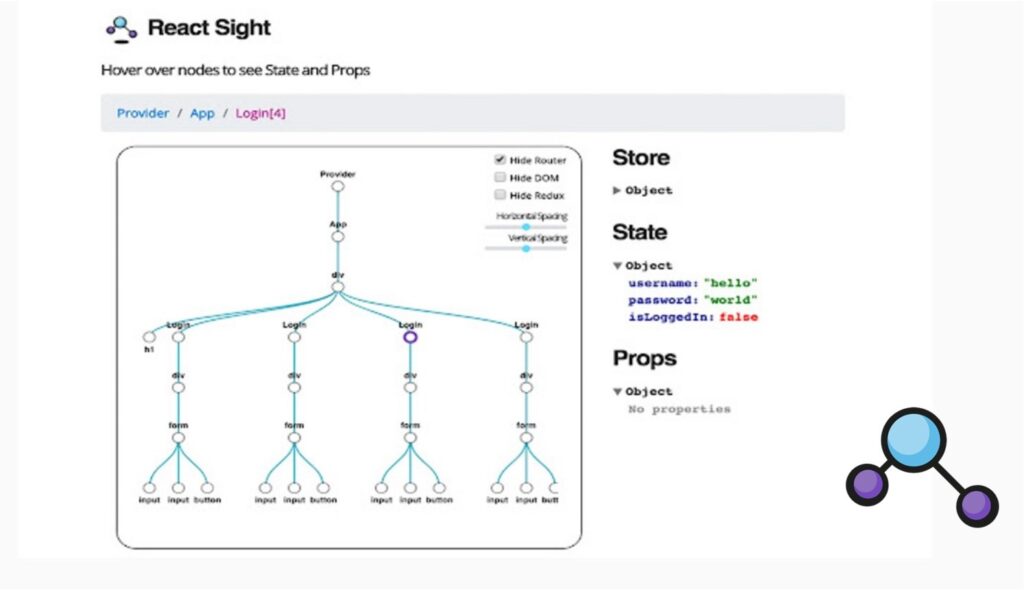 React Sight is a dev tool for Google Chrome that helps you visualize React apps and their components in a tree-like structure. This lets you understand how the React component hierarchy works.

By hovering over the components, you can see their current states and props. Web frameworks such as React work with a Virtual DOM (document-object-model) in the memory of a web browser. The secret to building fast single-page websites is React’s virtual DOM.

Using the actual DOM is slow, but virtual DOMs change this by updating the DOM parts that were altered, not the entire DOM. The actual DOM is the HTNL seen when a page is inspected. The virtual DOM is found in memory, thus more difficult to find. Once you add the chrome extension, you need to enable file URL access, and you can see the components in the hierarchy. React Sight offers support for Redux and React Router.

The React Extension Packs is one of the best extension bundles for React developers. Herein, you get seven small extensions that are a valuable addition to your project. These include: 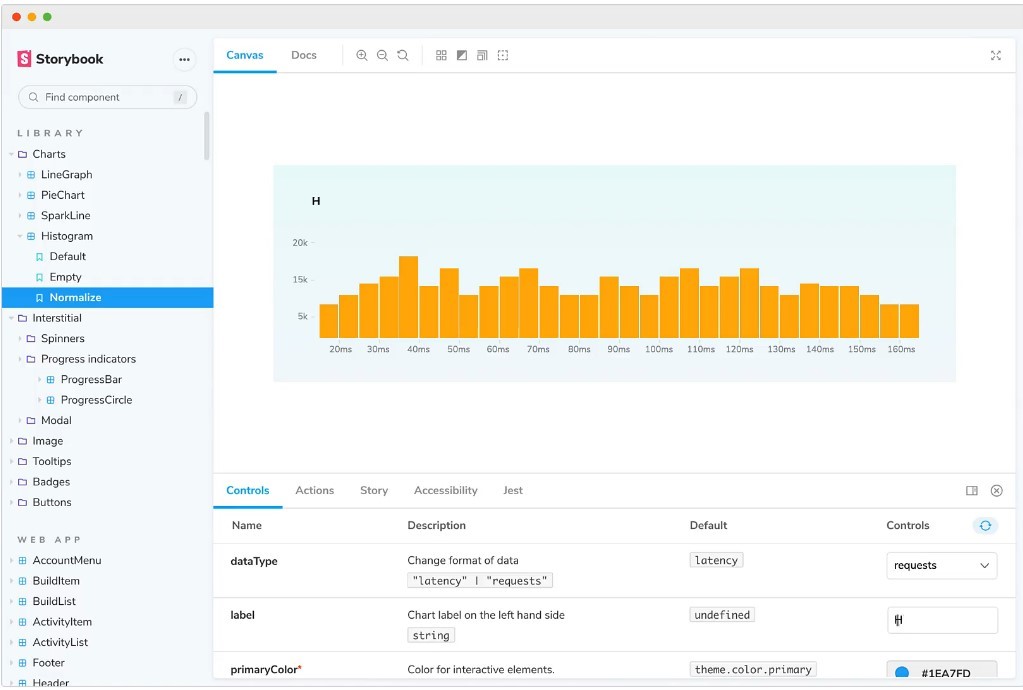 Storybook is an open-source React development tool that you can utilize in building UI components. The tool provides developers with a sandbox for building their UI components outside of your app and in isolation, making the process faster as it allows you to work on a component at a time. You can develop an entire User Interface (UI) without having to start a complex dev stack, navigate around your app, or force data into the database.

Storybook is named thus for documenting its components as stories, and every story has states. Each state is comparable to the visual test case, and Storybook makes UI interaction testing better. At the end of it all, a story is a function that brings back a value, which is then rendered on screen.

The idea behind the Storybook concept is the creation of stories that represent every component’s behavior. You can create a story for the state of an active or default button.

Storybook assists you in documenting components for reuse and automatically tests your components visually to prevent bugs. You can extend Storybook via add-ons that assist you in things like fine-tuning responsive layouts or verifying accessibility. Storybook easily integrates with most JavaScript UI frameworks and theoretically supports server-rendered frameworks like Ruby on Rails.

If you desire to install the Storybook React tool to your project, follow this syntax

The command learns your project’s structure and later runs the tool by implementing this command:

You are now ready to work using the Storybook extension.

ESLint is a must-have for a React developer. It is chockful; of intelligent algorithms that analyze your code to check for bugs. The ESLint enables you to fix issues without having to break the syntax. As a start, the recommendation is to use the ESLint configuration created for Airbnb’s developers.

The ESLint’s primary advantages include:

The tool is created for speeding up the environmental setting for any new project. Facebook launched the Create React app on Github to help developers set up an environment using a single command line. This React tool assists you in selecting the proper project structure or module. You do not have to install anything if you have installed “npx.” All you do is follow the command

The tool offers you a modern setup with zero configuration. This creates a directory named my-project inside the folder, generates the project's initial structure, and installs transitive dependencies.

Your application will have all the required configurations and tools:

Bootstrap is a favorite front-end framework with many developers and is one of the earliest React libraries. Developers from the initial HTML background frequently used the framework. Bootstrap was remodeled for React and is a re-implementation of its components via React. It has zero dependencies on jQuery or bootstrap.js.

React Bootstrap was explicitly built for Bootstrap compatibility. It contains Bootstrap core and relies on Bootstrap stylesheet, and grew alongside React.js. If looking for components that are available by default, React Bootstrap gives you more than standalone Bootstrap. Bootstrap, a CSS framework, will give you JavaScript functions and a set of CSS classes, making it easier to create excellent and attractive UIs.

The documentation page of this tool is exceptionally illustrative and contains all live examples of every component. This React tool contains a set of components that assist you in building an extraordinary react application. The tool has a background that allows you to look at how your live app will look after the components are assembled. 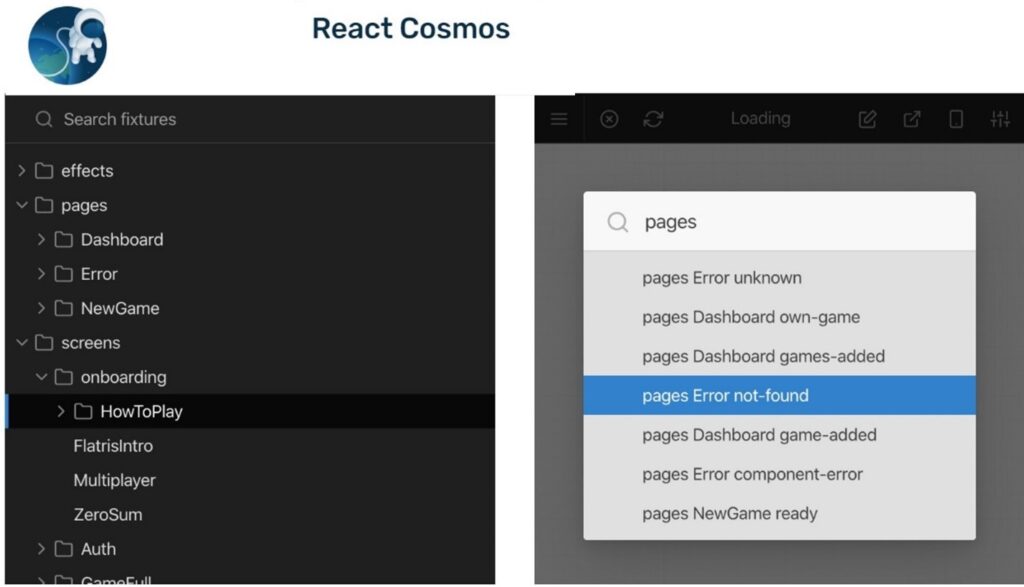 This tool allows developers to build reusable components. React Cosmos enhances small and large components in react development. The tool scans the components, allowing you to render them with any compose of state, props, and context. It allows you to see how the components change in real-time when they connect with running instances.

React Cosmos improves the component design using surface dependencies. It tells you to define your component inputs and results for predictable UIs and seamless debugging.

React Developer Tools allow you to build the best apps and web pages, as well as debug. The React community strives to enhance their projects and build new and better ones. The list above is just some of the few and popular tools, with more information found online. Find out what your project needs and go for an appropriate React tool.