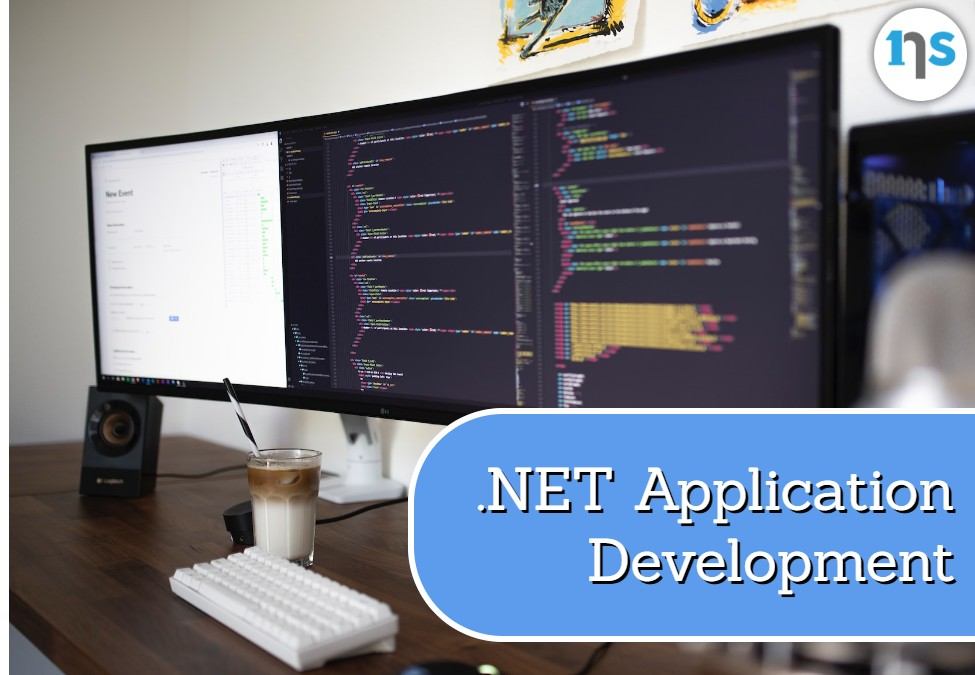 Through the .NET Application development platform, Microsoft remains a force in business software development today. Here is what you need to know about it as a business owner.

What Is .NET Application Development?

.NET comes with several tools and technologies you can use to build web applications and web utilities. From simple websites built using the new ASP web framework to complex server-based or client-based applications using .NET razor pages or Blazor with Web Assembly.

The web development technology stack in .NET is one of the most complete in the market; only comparable to a few popular JavaScript-based and PHP-based technology stacks. .NET is packed with both frontend and backend frameworks that interconnect, which can save on development time and money:

The frontend web development stack inside .NET includes the following technologies and languages:

ASP.NET MVC- You can build well-structured web and hybrid with .NET using ASP. NET Model View controller frontend stack. This is the oldest, most robust technology for web UI development that has been a part of .NET ever since it was created. The MVC framework inside recent versions of .NET allows you to create modern web interfaces using modern web standards like HTML and CSS3, and C#.

.NET Razor- Razor is a technology within the ASP.NET frontend web development technology stack. You can use razor pages to create secure server-side and client-side web UIs using C#, HTML, and CSS. Razor pages are also used across the entire web stack in ASP. NET.

Blazor– Blazor is the new web UI framework included in the ASP.NET-fronted web development stack. You can use it to develop fast and interactive client-based and server-based web app interfaces using C#. Client-based web UIs built with Blazor are run with Web assembly, making them extremely fast and interactive. Server-based Blazor web interfaces are developed using C# and razor pages and execute on the server.

Tip: You can also use Blazor and Razor pages to build highly interactive hybrid applications that run offline on desktops and mobile devices.

JavaScript/Typescript Frameworks- The new ASP .NET web development platform also allows developers to implement web U using popular JavaScript and Typescript frameworks such as Angular and React with ready-to-go templates and APIs. You can also integrate with already-developed JavaScript applications.

The backend web development stack inside .NET includes the following technologies and languages:

Entity Framework Core (EF)- You can use ASP.NET’s powerful open-source entity framework core that is part of ASP.NET to implement secure data access, manipulation, and storage operations in your web applications. The EF core implementation in ASP. NET allows you to integrate with any type of database or data store you use for your web applications. It has support for most relational and non-relational databases such as MS-SQL, MYSQL, MongoDB, DB2, and others

C# Application Logic– C# is the main programming language within the .NET core web development stack. The fact that it is used to develop both the frontend and backend logic makes developing complex applications much easier.

Tip: As a business owner, you may not have to worry about hiring two sets of developers to do the front and backend because C# is used seamlessly across the app. It’s easier to find talented ASP.NET full-stack developers because of this, which can save you money in development costs in the long run.

Businesses can also use .NET to build powerful business applications for desktops, servers, and cloud PaaS targets such as Azure cloud. .NET was built to be a cross-platform and multi-platform software development platform, a departure from previous Microsoft dev platforms that were tied to Windows.

Today, organizations can use .NET Core development tools like Visual Studio and VS Code on all major operating systems – Windows, Linux, and Mac OS. More importantly, from a software deployment standpoint, desktop software built with .NET can be deployed across all major OS platforms and architectures with minimal porting or modification.

The cross-platform desktop development framework inside .NET is called MAUI. Like the rest of the frameworks, it uses C# as its primary programming language and the Extensible Application Markup Language (XAML). MAUI is built with modern application development best practices in mind and has a community behind it, given that it is part of the open-source .NET development platform.

As a business, you can use .NET to build any application and deploy it on any platform. Some of the most common business applications developed with .NET include:

.NET takes more of a traditional desktop application development approach with its support for tried and tested software design patterns while still being modern and fresh with a vibrant open-source community that contributes libraries and improvements through the .NET Foundation. It is a complete package when it comes to enterprise application development.

The Windows-only proprietary .NET framework still exists for those who exclusively develop applications targeting Windows operating systems. Unlike NET 6 and .NET Core, the framework is not cross-platform or open source, even though its source code was published under the MS-RSL license.

The .NET Framework for window application development has all the good things Windows developers have used to develop fast desktop applications, games, and utilities for the Windows ecosystem, such as WPF and Windows forms. It still has proprietary libraries and provides the most seamless integration with Windows server and desktop operating systems.

The runtime environment needed to run applications developed with the .NET Framework comes pre-installed with most Windows systems, making deployment easier and faster. At the same time, Microsoft still provides all the necessary tools and utilities you need to develop Windows applications with .NET, such as the Visual Studio IDE and standard libraries.

What Does A .NET Application Developer Do?

They could be playing any of the following roles in an application development project:

Some .NET application developers specialize in designing and coding applications using .NET frontend frameworks such as Blazor and Razor, as well as other industry UI design tools.

These are usually software engineers who design and code the application logic and other backend structures like APIs and databases using C# inside a .NET development environment. They are usually well-trained experts who deeply understand software design patterns, data structures, algorithms, and. NET development.

These developers have the skills to design and implement any .NET project from the beginning to the end. They will design the front end, code the application logic with C# and design the database connections and APIs in the backend.

Windows developers exclusively develop applications or business solutions using the Windows-only .NET framework. These are mostly traditional and experienced developers who have been using .NET for many years.

Some developers use .NET to develop applications, microservices, and tools to be deployed in cloud infrastructures such as Docker containers, Azure, and AWS PaaS.

Tip: As a business, you should first define your needs to the last detail before you hire .NET developers so that you only hire those who are specialized in your target framework or technology stack. For instance, it would make sense to hire ASP. Net Blazor application developers if you want to build fast, client-based web applications using open web standards.

What is .NET Programming?

.NET is a leading software development platform with a complete technology stack for every possible project or development environment. You’ll find developers who specialize in coding any application you want in the .NET dev community.

Most project types or frameworks within .NET use the same design patterns, the same programming language (C#), similar deployment models, and similar testing and debugging patterns using native tools built into the IDE or code editor. This is unlike other development platforms, where you have to choose and organize everything from the ground up. For instance, you may use a different package manager, several languages, and frameworks if you use JavaScript.

What Are the Advantages Of .NET Application Development?

There are many advantages associated with .NET application development. Here are some of them:

All the technologies, templates, and tools you need to develop applications are packed under the .NET development platform.

.NET allows you to save time and money by building your applications once and deploying them across OS platforms and hardware architectures.

.NET is now a modern free and open-source development platform built with open, transparent standards. You don’t need to worry about running into proprietary huddles and Microsoft-specific design patterns unless you use the Windows-only .NET framework.

.NET has a strong foundation with asking from Microsoft through the .NET foundation, the open-source community, Microsoft partners, and other public and private sector organizations that rely on the platform to build and maintain their software.

You have the freedom to host web applications in a variety of server and cloud-based architectures if you use the ASP. NET technology stack to develop them. You can host on Apache, IIS, Nginx, Docker, Kestrel, and HTTP.sys. Apps can be easily migrated between these hosts with minimal config changes.

You’ll have no problem accessing comprehensive documentation and training for every technology within the .NET platform. Microsoft, through the .NET foundation, has dedicated many resources to building a rich and up-to-date knowledge base. NET. At the same time, other training partners offer well-structured training and certifications for the platform.

How to Get Started Developing .NET Application

The easiest way to start developing .NET applications for your business is to first learn about the technology stacks under the platform and choose the one that fits your needs. For instance, read about web application development using ASP.NET if you want to build a cloud-based SaaS product. With this knowledge, you can start outing together a .NET development team to build your applications. Get started today with .NET development!