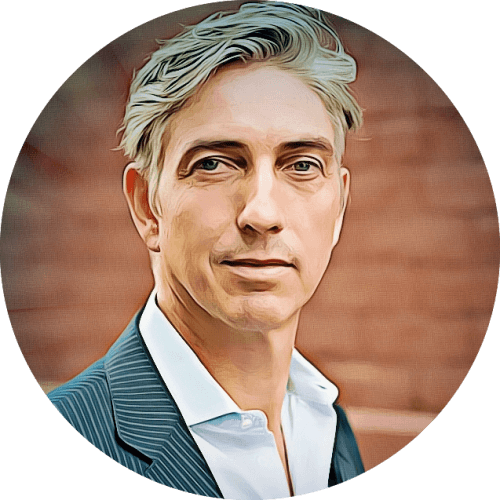 Nicolas Vandenberghe is the CEO and co-founder of KosmoTime and Chili Piper. Chili Piper is a collection of programming tools. These tools allow prospects to book an appointment and launch a phone call right away after submitting their form on a site. Listen to Nicolas as he narrates his journey to Geordie.

Nicolas says he started KosmoTime to help clients execute their tasks and also solve a problem he experienced. Together with his partner, Nicolas saw potential in the company and wanted to grow it to fruition. Listen to the podcast for more details about KosmoTime.

Nicolas mentions that their software is smart and made to evaluate the amount of time you take to complete your tasks. He gives more details about the software in this podcast. Listen to it, especially if you are struggling with time management. According to Nicolas, many people are searching for time tracking solutions, forcing them to integrate their software with Asana.

Listen to the podcast to understand how the system works on Asana. Nicolas says they are searching for people who have already identified a problem and are seeking solutions. While Nicolas has a robust product, they are yet to come up with pricing options. He also admits that getting people to change their habits can be a difficult task.

On Chili Piper, Nicolas says they interviewed actual users to determine possible problems. According to Nicolas, using an excel spreadsheet can be a good sign of a problem. He explains that many companies struggled with pointing their potential clients to the right executive. They needed to devise a way to make locating the right professional easy. Nicolas says that their system is ideal for different companies regardless of their size.

Seeing that no one had the same solution as theirs, their first customer placed an order and prepaid 21,000 for it. Nicolas and his team developed the solution and customized it accordingly before delivering it. At this point, Nicolas knew that other companies were also struggling with the same problem, and they set out to offer their solution. He mentions that the problem is not as hard as companies perceived it.

According to Nicolas, they interviewed sales teams to determine the problem even though they had other ideas, such as assisting people to check their metrics. He tells Geordie why customers were willing to pay upfront. Listen to the podcast to find out. How did Nicolas fund the 21,000 MVP? He says they bootstrapped and gives more details on the process. You can find these details from the podcast.

Nicolas tells Geordie the story of how he stumbled in sales, in the telecom industry by chance. While the company was successful, its license was cancelled when the FCC (Federal Communications Commission) realized that their spectrum was nearly the same as the GPS spectrum. Listen to the podcast for comprehensive details on this story.

After the telecom company collapsed, Nicolas went back to starting companies, something he says he enjoys doing. It is out of this passion that he leads a sales team on Salesforce. Nicolas says he would call tech companies and sought to find out the problems they were facing. Together with his team, Nicolas would later get a second client who also prepaid for their services.

Chili Piper services come with an annual subscription, after which clients can choose whether to renew or not. According to Nicolas, they are now edging closer to 1,000 customers. He says he knew from the first time that Chili Piper was going to be a big company. Nicolas explains how they found a bigger problem. Listen to the podcast to know. Nicolas concludes by saying he prefers working with in-house developers.