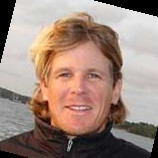 Geordie Wardman is the founder of OneStop DevShop. Apart from running a successful podcast, he has founded five companies during his entrepreneurship journey, three of which he has since sold. Geordie has been in the software industry for two decades now. He talks to Jeremy Weiss about his journey.

In today's fast-evolving world, where many entrepreneurs hire remote workers, they still have to struggle with managing them. Are you looking forward to working with freelancers but do not know how to go about managing them? Geordie is your go-to person. He will do the management part and give you enough time to focus on the things that matter. OneStop DevShop specializes in developing applications in blockchain, real estate, and even eCommerce.

Technology is advancing fast, and keeping up with the changes is becoming a difficult task. As a startup entrepreneur, you want to collaborate with experts in the industry to grow your business from scratch. Case in Point: Geordie talks about John, a thriving real estate broker who recently approached him.

According to Geordie, John enjoys a massive network and has been in the market for approximately 30 years now. He has a robust idea and is convinced that it will hit the ground running now that he believes he has all the necessary contacts. He figures out that an app would help him sell his idea better. Instead of collaborating with a professional in the field, he decides to do it all by himself.

Geordie explains more about John’s concept in this podcast. Now John wants to try and pitch his idea to would-be buyers, so he starts walking from one conference to the other, talking to people and getting favorable responses. However, there is a problem. John has been trying to do everything by himself.

After six months of doing this with no traction, John approaches Geordie, who, after listening to John’s expectations, presents him (John) with copywriting services and delivers a fully functional website in a record two weeks. John has little technical knowledge, which explains why he struggled to create an ideal app or website for his business. Geordie mentions that he prefers engaging experts and letting them do things that he is unable to achieve.

How did Geordie handle John’s case? Listen to the podcast to find out. Having been an entrepreneur for a long time, Geordie says that he perceives everything from a business owner’s point of view. He mentions one of the crucial factors he considers, and you can get it first hand from the podcast.

Geordie says that he is not only a developer but also a business owner, which means he understands the struggles that entrepreneurs face. While you may have your idea, he strives to suggest better ways of helping you achieve your goals in record time. Geordie gives a general example of what he and his team did for John. Find out the details from the podcast.

What is the biggest question that Geordie gets from non-tech savvy entrepreneurs? He says that many of them are interested in determining the amount of time it will be before they can see positive results. Some of Geordie’s clients want to determine the cost implications and how functional the software will be to their businesses.

Geordie mentions that sometimes he and his team trim down some features after evaluating the customer’s needs. In the case of John, Geordie says his features were too many. They had to sit down, identify, and work with the most critical ones for the project for a start. In the end, Geordie had trimmed down what would have been a year-long project to five weeks. He explains that together with his team, they strive to give their clients the best to accelerate their success in the market.

According to Geordie, once clients make money and have successful businesses, they will want to keep working with the team at OneStop DevShop because they deliver results. He mentions that he prefers testing a client’s concept first to see if it works instead of struggling with features that add no value.