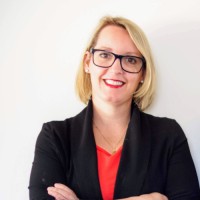 Bernadette Butler is the founder and CEO of Story Tap. She is a detail-oriented experienced marketer who has been in the advertising industry for up to 20 years. Bernadette talks to Geordie about her journey in the marketing industry and how she discovered her technical co-founder. Listen to the podcast and take the lessons home.

Telling a story sounds like an easy thing to do until a corporate tells you to do one. Bernadette found herself in this position at some point. It is out of this necessity and the quest for answers that she made up her mind to find solutions for that problem. Bernadette opines that each entrepreneur has some kind of fire burning inside their bellies, pushing them to do or accomplish something.

Bernadette says that she found herself in that situation, which marked the beginning of Story Tap. Listen carefully to the podcast for the details. It takes a single decision to change your life for good, as Bernadette found out. To counter the entrepreneurship fire that was burning inside of her, she knew she had to do something. Her opportunity came when she took a one-year maternity leave.

So enthusiastic was she about her venture such that she started her company four months post-delivery. She admits that some personal issues had happened to her, and she wanted something to disrupt her thoughts.

Bernadette had zero experience with startup businesses and SaaS, but still, she was determined to succeed as an entrepreneur. She was confident that she had the capacity to solve the problem at hand. What did Bernadette do to get her business up and running? Listen as she explains all this and more.

You will also figure out the feeling Bernadette had when she received her first call from a potential investor. It turns out that raising capital in Canada as a startup company with no traction can be difficult. She mentions what she sacrificed to grow her company from scratch. Listen to the podcast to find out. Finding your first investor as a startup can be a difficult task. However, Bernadette says she had an easy time finding her first investor, which was surprising to her.

Find out what the process was like and how she spent the initial amount the investor paid. As a startup entrepreneur, finding a mentor is critical. As she was figuring out the best way to run her company, Bernadette held a meeting with an established startup entrepreneur in Vancouver who had beaten all odds to remain on top. He gave Bernadette some suggestions that she is glad she heeded. What were these suggestions? Listen to the podcast to find out.

Running a startup business can be challenging, and Bernadette says, at some point, she was so frustrated that she cried. As an aspiring entrepreneur, you should not miss this inspiring part of the podcast. Even though Bernadette and her co-founder had run out of money, something funny happened that eased their pivoting efforts. Find out what this was from the podcast.

While Bernadette has a background in marketing, she struggled to market her startup company. She explains why in the podcast. When things got too tough to handle, Bernadette took out a loan and got herself a mentor, who suggested that she needed a course to succeed in sales.

Things changed after Bernadette incorporated the mentor. Listen to the exciting turn of events as they evolved. Bernadette gives a comprehensive breakdown of how Story Tap works. Listen carefully to grab the critical details. Bernadette explains what it takes to succeed when approaching people. Get all these tips first hand from the podcast. Bernadette says that they are still learning and figuring out what works and what doesn’t.