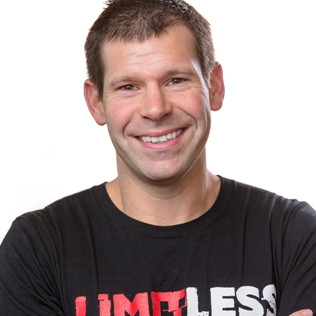 Adam Hergenrother is an entrepreneur and CEO of a billion-dollar organization that started building businesses while in college. He strives to ensure that his clients become the business leaders they need to be. Hallie Warner, on the other hand, is Adam’s chief of staff. Hallie has also co-authored the book The Founder and The Force Multiplier that illustrates how executive assistants and entrepreneurs can achieve more together. Adam and Hallie share their journey with Geordie Wardman

Adam established his companies in the real estate industry, where he opines, he had to work 1517 hour days. Along the way, he discovered what he could achieve with the right team of talented people around him.

Today, Adam has more than 60 local control stations (LCS) and five main operating companies. All of these companies deal with training real estate developers. Adam tells Geordie that success is not simultaneous but sequential. Listen to Adam as he shares more details about his companies.

Hallie joins in to mention that they recently started podcasting with Adam confirming that they had launched the service in more than 75 countries. Adam tells Geordie how he believed that to prosper, he had to spend long hours working hard when he started. While he is sure the strategy works, there are alternative approaches entrepreneurs can adopt.

Adam is quick to mention that sometimes entrepreneurs have to put in the work to get enough money. At some point, Adam realized he needed leverage in his life. How did he achieve this? Adam says he easily delegates duties that someone else can do. Listen as he gives Geordie all the details.

At some point, Adam was redeploying employees in his office, and that is how Hallie was appointed. He would later realize that some of his employees were in the wrong positions, and this is how Hallie became the Executive Assistant. Adam talks about how he tackled the matter without hurting any of his employees. You can only get the details from listening.

Geordie turns to Hallie for her take. Hallie confirms that before securing the job, she had just moved to the area, and all she wanted was a job. Having been an executive assistant before, Hallie knew she was fit for the task. Listen as she tells Geordie the vision she had for the job. She describes skills that the ultimate executive assistant should have, where she mentions various factors. Listen in to understand these factors. She also has tips for entrepreneurs who are looking to hire an executive assistant.

Hallie recommends places where entrepreneurs can find the ideal executive assistants. Listen to the conversation and benefit from the information she shares. Different companies have varying interviewing procedures. Adam discusses the interview strategy they use before identifying the right candidate. Listen to what they do, and you may want to replicate it for your organization.

Geordie mentions how important having employees who challenge you is, and Adam agrees. Listen to his sentiments in detail. Adam also talks about hiring a force multiplier. He also mentions how letting things you are holding on go allows people to force multiply your life. How do Adam and his team attract the right person that is aligned with his companies?

Adam says they have an approach that promotes culture before profit. He explains that their culture is all about models and execution. Adam explains this concept further, and you should listen in to understand it. Hallie says they recently started working on establishing a SaaS company to track their progress. Listen to both Adam and Hallie as they speak on this matter in depth. Adam says entrepreneurs should discover what they do not have and realize you can leverage a force multiplier. Doing so helps them fill the divide, which makes everything easier and more aligned.