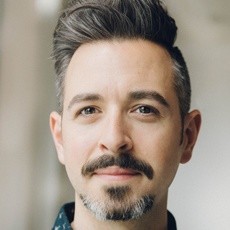 How Rand Fishkin of moz.com and Sparktoro.com creatively raised $1.3M without VC and why search is not part of his marketing plan

Rand Fishkin has founded many platforms like moz.com, Whiteboard, inbound.org, and Whiteboard Friday before his latest platform, SparkToro. Listen as he shares his journey with Geordie Wardman. He also gives extensive details about SparkToro, an audience intelligence platform that allows marketers to understand websites that an audience reads. Marketers can use this platform to know who their target audience follows on various social media platforms.

Education is critical, but sometimes it takes dropping out of college to become one of the most successful SaaS or SEO gurus available. Rand, for example, dropped from college in 2001 to join his mom at a marketing consulting company. This company would later become Moz. Then, the company was a struggling web design venture, forcing Rand to launch an SEO blog. This blog attracted lots of consulting customers who were interested in SEO services.

Rand and his team would later launch some software, nascent tools that interested parties could subscribe to. To their amazement, demand for the subscription product skyrocketed, and that is how they raised part of their venture capital. The success of Moz did not stop here, and you can get all the details from the podcast.

Listen to figure out how Rand became CEO, and how the company experienced exponential growth before Rand finally left to establish SparkToro. Rand discusses the venture model in detail. If you are an entrepreneur looking to launch a company, you need to listen to Rand’s wise words. Rand says he and his co-founder own SparkToro entirely. Listen as he shares more details on SparkToro with Geordie. For years, Rand has been a passionate marketer, and many people sought him for assistance on SEO matters. However, Rand made a critical discovery about SEO and search. Listen as he shares the discovery with Geordie.

Rand discusses the frustrations entrepreneurs have to deal with when it comes to identifying potential customers from different parts of the world. He tells Geordie that together with his co-founder, they decided that no one should go through these troubles. Listen to find out what they did to achieve that milestone.

Rand mentions that while he works with his co-founder, they have hired some experts to help them during their journey. Listen to Rand explain how the audience intelligence works, how it helps collect data, and how they use the data to develop a validation system. Rand explains that he believes in a marketing flywheel model.

Currently, Rand says he is excited because they have a diverse market and extensive applications. One of the strategies online marketers use to attract traffic is through guest posts and links. However, Rand says that this method hardly works unless your platform is SEO based. According to him, many of the links you use for SEO hardly send back traffic.

The SparkToro system is different because it sends you high-quality traffic. In this case, you would not need a link because your objective is to get coverage and awareness. Rand says that email list building has been one of their most successful marketing strategies. Still, he is quick to mention that, together with his co-founder, they are hesitant about sending people too many emails. They only strive to send emails that will be beneficial to you.

According to Rand, SEO, or SEM (search engine marketing) are not a terrible strategy, but they are risky. He explains this concept in detail and concludes by saying that some businesses have come tumbling down for relying on search exclusively.

Rand opines that investing in social media and content marketing that does not depend on SEO, but the quality of content is a great idea. Marketers should invest in content that leaves an impact on people so much so that they would miss it if it were unavailable. Rand has some sentiments about podcasting as well. Listen as he shares what he thinks and how you can use them to your benefit.