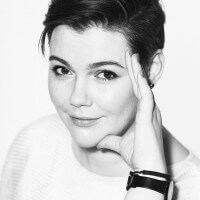 Apart from being a user-experience, user-interface consultant and author, Jane Portman is a co-founder at Userlist. She specializes in assisting software companies to develop profitable and focused products. She speaks to Geordie Wardman about her journey.

Some of the best entrepreneurs in the world discovered their passion during their formative years. Jane falls in that category, and she gives Geordie a brief history of where it all started. You cannot miss the details in this podcast. Jane ventured into the book writing world before launching the UI breakfast, which she says is in its sixth year with 200 episodes under her name.

She says she had been consistent in producing and publishing podcasts until she had her third baby and had to adjust her frequency. However, Jane is quick to mention that she is getting back to the weekly program with time. Jane says the UI breakfast podcast is a massive project that she plans to have for some years. Find out why she is pleased with the podcast's performance from this engaging discussion.

Jane gives some insightful tips for aspiring podcasters that you should hear. The journey to establishing Userlist was not an easy one. Jane says she had launched another product previously, which did not yield much success. Still, she gathered massive lessons that would come in handy as reference points in her future businesses. Initially, Jane says Userlist was intended to solve a problem that she encountered first hand. Listen to this podcast to find out what the problem was.

Userlist focuses exclusively on SaaS, which Jane says has enabled them to generate an appealing, concise, and simple yet robust product. Developing an MVP can be challenging and Jane seems to have done it differently. Listen to her as she explains how she went about it and how they developed their product from scratch.

According to Jane, they launched their product late because they probably were not ashamed of it. She says they spend a lot of time, in the beginning, preparing the product to make it appealing and beneficial. Jane talks about the lessons she learned from launching Userlist. Listen to the podcast for more details. Jane mentions an equity splitting method that every entrepreneur needs to know.

Having a launch goal, Jane says is crucial if you want to succeed in business. She goes ahead and discusses the launch goal they had and how significant it was for the business. However, she is also quick to mention that launch goals do not give you instant users. Jane talks about working with Tiny Seeds which gave them massive assistance. They also interacted with peers and discussed the problems they face as small business entrepreneurs.

Working with Tiny Seeds saw them receive mentorship from experts they would otherwise not have known. Jane is excited to mention that they were privileged to have April Dunford, a positioning expert, as their mentor. She gives a detailed explanation of their experience working with April that you do not want to miss. At some point, she mentions how they compared Userlist with their competitors.

Still, in April's book, Jane mentions that they learned how to understand their product and figure out their ideal customers. This aspect is critical for every entrepreneur and one of the most insightful parts of the podcast. Jane gives out details about the funding they received from Tiny Seeds.

What did it take to acquire the funds? Listen in to find out. Jane mentions various things they either have recently launched, or are planning to launch in the future. To aspiring entrepreneurs, Jane says; explore different options when it comes to searching for investors.