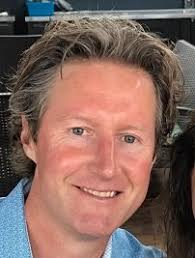 Scott Desgrosseilliers is the CEO and founder of Wicked Reports. He established the company to facilitate optimization and acceleration of the digital marketing ROI for small and medium-sized businesses. The ideal Wicked Reports customers are people who sell products online. Scott opines that companies should strive to track lifetime customer value. Wicked Reports strives to help SaaS businesses have a clear picture of their paid advertising progress. Listen to Scott as he discusses his story with Geordie Wardman.

Marketing attribution is the value or credit that you allocate to a particular marketing touchpoint. Experts define it as the science of establishing the ideal marketing drive or media that drives revenue. Scott says the idea behind market attribution is that you spent where your money is making money to increase your earnings.

Again, you desist from wasting money where you do not make money. Before starting his SaaS journey, Scott was running databases amid other tasks like being a technical architect and project management. He was getting tired of these tasks and wanted to leave. When Scott shared his feelings with his seniors, they requested him to work for a year. Scott shares some detailed information with Geordie on what happened next.

Listen in to find out what he said. Scott would later collaborate with his friend, who had a lobster business and lots of work to handle. However, he (Scott's friend) was struggling to keep his business afloat amid a competitive space. At some point, Scott's friend sought his help in a bid to convert leads.

Scott explains how he leveraged this opportunity to demonstrate his capabilities. He ended up becoming his friend’s consultant, and within a short period, he helped him close many deals. Listen to Scott as he shares all the details with Geordie. Scott says that he established Wicked Reports out of passion but reiterates that the company happened by chance.

After launching his SaaS Company, Scott and his team printed T-shirts with the company name ingrained in them. The team wore the T-shirts and walked around, asking people what they were doing to track their ROI. They interviewed different business owners to find out whether their emails were earning them money.

Scott and his team were surprised that no one they interviewed had a definitive answer. That is how Scott identified a pain point and decided to work on it. He says the demand for a SaaS product was so high that his company hit the first MRR within the first year after launching. Surprisingly, they achieved all this by relying on word of mouth. Listen to Scott as he explains how he and his team worked tirelessly to achieve this tremendous success.

Even with this success, Scott says they were using an ugly product. Listen as he explains his sentiments. At some point, Scott and his team organized a show to promote the business. He talks about how they made colossal amounts of money from the show and numerous leads. You will need to hear the story in his words to understand.

While Scott has no problem hiring from any part of the world, he prefers working with people within the same time zone. He also opts to work with people who speak English. According to him, doing so enhances convenience. Scott says he has both full time employees and others who work under full-time contracts.

All of his employees work remotely. Scott reiterates that content marketing is critical not only for his business but for many others. He says has a content team that leverages his thoughts to come up with the right content for his business. He believes that great content is crucial for the success of any business.