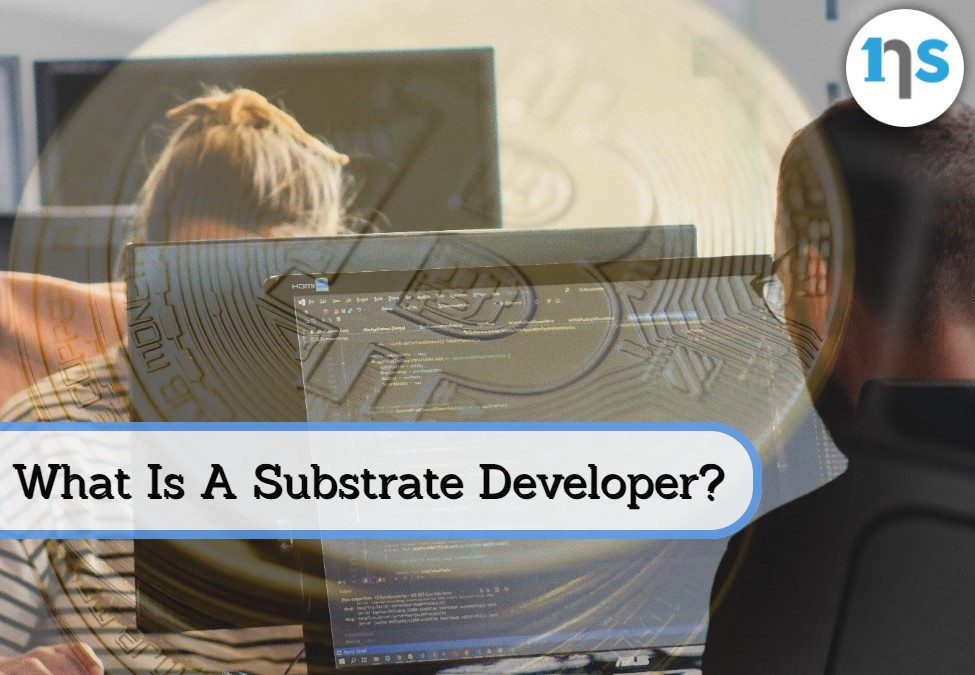 What Is a Substrate Developer? A Brief Guide

Substrate developer is among the most in-demand developers today. There is a market for blockchain-based solutions across industries and clients are willing to pay top dollar for them. A quick check for blockchain software development jobs mentioning frameworks like Substrate brings up positions with high six-figure salaries.

In this guide, we go through what a Substrate is and what you should expect in terms of roles and the projects you will be working on. Substrate is one of the top blockchain development frameworks out there so you have a good chance of success as a dev. Here is all you need to know.

What Is A Substrate Developer?

Substrate developers use Substrate to build distributed blockchain networks, solutions, and digital assets such as crypto, NFTs, white-label NFT marketplaces, distributed apps (dApps), and other things. Substrate is an open-source, modular, and extensible blockchain framework– one of the popular blockchain development frameworks. It comes with a rich library, features, corporate backing, and an open-source community.

A Substrate developer can be anything from a junior or entry-level blockchain dev to a senior developer tasked with designing, implementing, and maintaining solutions in the Substrate blockchain ecosystem. You can be employed in any industry or company that uses blockchain technology as a Substrate dev but most opportunities are in the crypto and NFT industry.

The typical roles or day-to-day tasks of a substrate developer include the following:

As a substrate developer, you will be tasked with designing secure blockchain-based solutions that can be implemented using the Substrate framework.  You can be in a team of developers and other experts or alone depending on the solution you are working on and the size of your organization.

Ideally, you will also be expected to collaborate with management and other staff members to assess needs and include them in the design. This requires a thorough understanding of the possibilities and constraints of the framework and some soft skills.  It would help if you are also quite good with blockchain development in general and understand the industry.

Your main job as a substrate developer is to develop blockchain systems or implement blockchain system designs using the Substrate framework and Substrate runtime environment. As a developer, you will be developing application functionality using Substrate’s libraries and even extending it to fit your employer’s implementation requirements.

Substrate was created with maximum extensibility in mind meaning developers have a lot of freedom when implementing blockchain features and state transitioning. You will spend a lot of your coding time in the framework’s runtime environment as this is where most of the code implementation is done.

As part of design implementation or coding, substrate devs are also expected to plan and write efficient code that is modular and secure to fit the framework’s coding guidelines. You will also be expected to understand the community-contributed components/plugins and how to use them in projects for faster implementation.

As with most other frameworks, developing with Substrate also requires the use of dependencies and other reusable components from external sources. This is why a Substrate developer should ideally be a member of the open-source community supporting Substrate to understand what is out there. For instance, you can speed up your coding by finding code snippets and entire modules on GitHub and the community forums.

Another key role a substrate developer can be assigned is testing. Testing can be done in development or on live blockchains for various reasons. You will use various tools and techniques to test if features, functionalities, and rules are implemented well in a Substrate blockchain.

How Does Substrate Work?

The Substrate framework consists of the following components which every developer must interact with for any type of project:

The Database– Building a substrate blockchain solution must involve a database to implement a shared ledger based on the Patricia Merkle tree. Developers must understand how this special storage structure works and how to use it for blockchain transaction recording, interaction, and data storage.

The Substrate Transaction Queue– The third component in the Substrate blockchain is the transaction queue which uses automated dependency graphs to manage the changing state of your blockchain. A lot of the work has been done to ease transaction management natively. you need to know how to take advantage of this powerful Substrate feature to create efficient and secure blockchains.

Substrate Consensus- This final component is usually confusing to most developers but is core to Substrate’s functionality and easy to implement in any project. This component is meant to help developers manage changes in their blockchain both in development and in live sessions. It consists of the Polkadot consensus engine, Proof of Work engine, and Authority Round consensus engine. Developers need to understand consensus management in general and how these consensus engines work from the docs.

Aside from the primary components, the entire Substrate blockchain framework is also built upon its runtime environment which developers must learn how to take advantage of. The Substrate runtime is what makes the framework what it is because it allows for customization.

Substrate was originally built by Parity technologies with Ethereum cofounder Gavin Wood being one of the original high-profile figures behind it. However, the framework is open source and has a community behind it that contributes components, modules, plugins, tutorials, and other things on GitHub.

Substrate was created with rust and is considered an offshoot of Polkadot or part of the larger Polkadot ecosystem. Substrate dApps can use the popular Polkadot-js scaffolding extension to manage accounts and sign transactions. There are many other similar plugins and extensions built for Substrate you can use on your Substrate projects.

What Can I Build with Substrate?

Substrate is a powerful blockchain development framework that can be used to build anything based on blockchain technology. You can use it to build whole blockchain networks, white-label NFT networks, decentralized applications, blockchain wallets, Defi networks, social networks, crypto, etc.

Real-life examples of projects created using Substrate include Aventus, Automata Network, Band protocol, BitGreen, ChainLink, Crust Network, and many others. Companies also use Substrate to create in-house blockchain solutions that are not open to the public.

What Is the Difference Between Substrate and Other Programming Languages?

As a language, Substrate is not different from other programming languages. It has many similarities in syntax and structure with other popular languages such as JavaScript. However, Substrate is a blockchain framework with custom components and tools for decentralized solutions.  It takes advantage of modern web 3 technologies as well such as web assembly (Wasm).