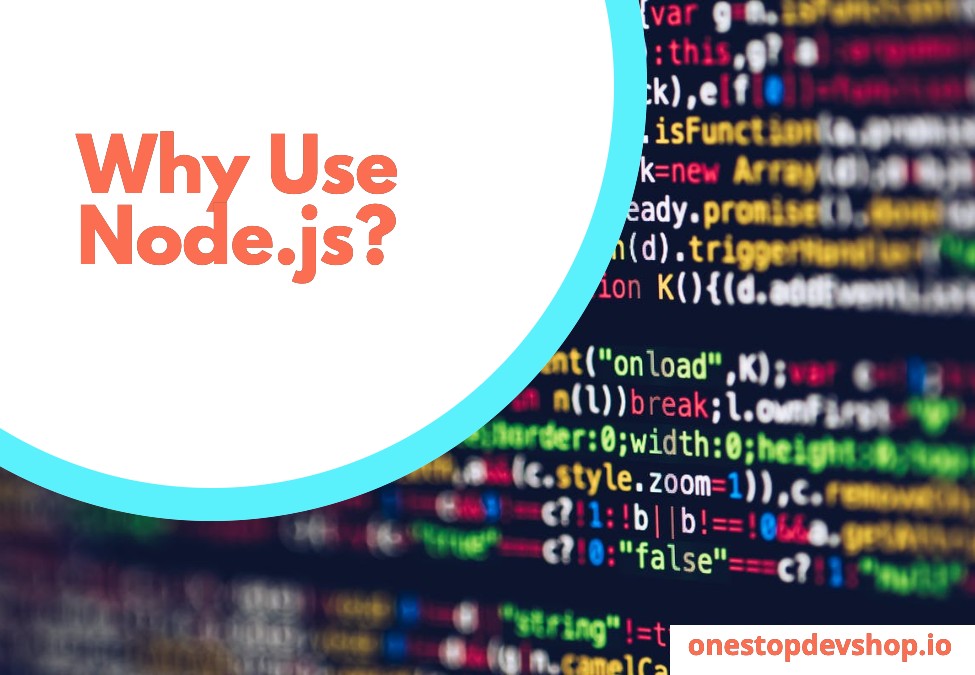 Node.js is an open-source JavaScript runtime environment that aids in executing JavaScript code outside a browser. Node.js is a cross-platform JavaScript, which aids in developing real-time network applications. The advantages of using Node.js are many and varied, and we will look at each of them in-depth. The latest version is v0.10.36 and companies that use this platform include General Electric, eBay, Microsoft, PayPal, Yahoo!, Uber and Yammer among many others.

Node.js allows developers to use JavaScript for writing command-line tools and server-side scripting, which means running a script server-side to give excellent web page content before the page going to a browser. Node.js applications are in JavaScript and are run within the Node.js runtime on Linux, Microsoft Windows, and OS X. Node.js has a rich array of different JavaScript modules, making the development of web applications via Node.js simpler.

Node.js is event-driven and the server comprises a single thread that processes events, one after the other. For instance:

Node.js has various advantages, which include:

Node.js also allows you to add more resources to the nodes during the application’s vertical scaling. Node.js is very scalable and offers a better option in comparison to various JavaScript servers.

To many novices, Node.js may seem like a daunting process. In fact, JavaScript is one of the easiest to learn programming languages and the most commonly used among all developers. Most front-end developers tend to be well versed with it making it easy to use Node.js for the backend.

Node.js is known as a full-stack JS as it serves clients and server-side applications. With Node.js, there is no need to hire different developers for front-end and back end developers, which saves you a lot of valuable effort, time and money.

Node.js interprets JavaScript code through the Google V8 JavaScript engine and compiles the code straight into the machine code. This process makes it easier and allows for effective code implementation. The runtime environment supports the non-blocking I/O operations and improves the code execution speed. It is very fast and you can stream large files.

Since Node.js uses the V8 engine that was developed by Google to be used in Chrome. V8 compiles and then executes JavaScript at high speeds because V8 translates JavaScript into native machine code. Another significant thing after speed is the event loop, which is a single thread that carries out all I/O tasks asynchronously.

The Node.js community is always at hand to provide developers with the improvement of Node.js. The JavaScript programmers support developers heavily by providing them with codes in GitHub and easy and ready-made solutions. In the future, these developers are expected to recruit more developers.

Node.js, as mentioned before has an open-source runtime, which also provides one with the ability to cache single modules. When there is a request for the first module, it is cached in the application’s memory. A developer is not obligated to re-execute the codes because caching lets applications load web pages much faster and respond to the user faster.

Some of the Node.js frameworks allow serializing functions and mapping, which keeps your code organized. You do not have to build complex functional structures whereby you embed them into each other. The framework automatically groups them and you are allowed to access the needed function without having to keep using the callback command.

In a framework, you are allowed to computerize all repetitive operations, schedule actions and share any modification records. All you need to do is to specify the code requirements, and the framework does the rest of the hard tasks.

Nde.js offers the freedom to develop applications and software. This is unlike most platforms, which impose guidelines for app and software development.

Process Several Requests at Once

Node.js assists you in processing several requests at once. It can easily manage simultaneous requests in comparison to other platforms such as Python and Ruby on Rails.

Node.js developers have extended support for different tools. For instance, you can test the platform’s source code via Jasmin and other tools.

You do not need to worry about thread safety, race conditions, and mutex protection because of JavaScript’s async callbacks that have been fired from a single thread interface.

You Have Already Learned JavaScript

You may be making use of a rich client framework such as Backbone, Ember, and Angular) and a REST-full (Representational State Transfer) server-side API which moves JSON to and fro. REST server provides you with access to resources and the client accesses and modifies resources via FTTP protocol.

If you are into using any of these client frameworks, you must have written your own code in jQuery. If you do not use Node.js on your server, you will be translating all the time. Using JavaScript in your app gives you practicality and reusing your templates and models means, you reduce your app size, therefore reducing bugs and complex issues.

The Node.js platform is very extensible, meaning you can easily customize it and extend it as per requirement. You can use JSON to provide you with scope for data exchange between the client and the internet server. It has in-built APIs that can develop TCP, DNS< HTTP, and other servers.

Where Node.js can be used

There are several instances when Node.js can be utilized:

Chat is the most common multi-user and real-time application. The chat app is the

The best use for Node.js as it is light, data-intensive with low computation, and high traffic app, which runs across several distributed devices.

In typical platforms, HTTP queries and responses are considered as isolated cases and are called streams. You can access files as they are uploading, as data comes via a stream and you can process it using an online mode.

Node.js is used as s server-side proxy and it can manage many connections all at once without blocking. Node.js is useful when it comes to proxying various services that have various responds times or data collection from different sources.

Node is excellent with real-time apps. It is great in exposing data from object databases such as document DB and Azure. JSON’s stored data, allows Node.js to operate without mismatches or data conversion.

npm is the package manager for Node.js, and it is fast, consistent and robust. It is excellent in the specification and installation of project dependencies. It isolates packages from the rest of the projects, this preventing version conflicts. It manages global installs of platform-dependent binaries and shell commands.

Node.js is a platform typically used for event-driven, non-blocking servers because of its single-threaded qualities. It is utilized for back-end API services and conventional websites. It was initially built for push-based and real-time architectures.

Node.njs plays a huge role in many companies that depend on the Node.js platform. The core element of Node.js is a library that is accessible to both iOS and Android clients, which allows you to add a Node.js to whichever mobile app.Node for mobile apps is a toolkit that combines Node.js with mobile apps. The core element of Node.js JavaScript, which is easy to learn and the scaling becomes higher than PHP and C.